Tyson Fury: Joshua will be my easiest opponent 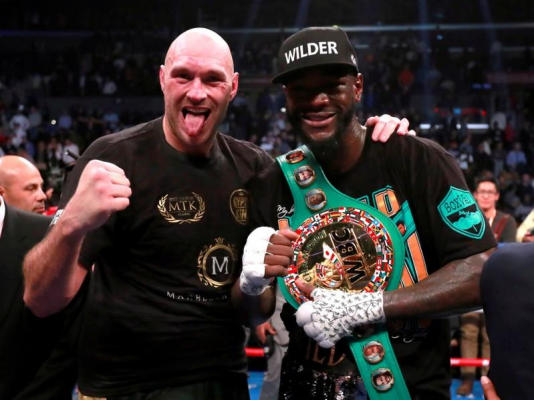 Tyson Fury has looked to further rile rival Anthony Joshua by claiming his fellow Brit would make the easiest opponent of all boxers who have called him out.

Fury remained desperate to meet AJ in the ring and bring the world of boxing the showdown it craves more than all others.

Both men have repeatedly talked up the encounter, which is tipped to become the showpiece boxing event of 2021.

Speaking recently during an interview on the Wow Hydrate Youtube channel, Fury outlined how he feels AJ is the perfect opponent out there for him.

“The easiest opponent I think would be Anthony Joshua just because he’s tailor-made for me,” Fury explained.

“If ever I could build a perfect opponent I’d be building him.”

Fury’s latest jibe comes in the aftermath of WBC president Mauricio Sulaiman publicly giving his backing to the showdown, praising both athletes and insisting his organisation will ‘absolutely support it’ and help to make the all-British bout a reality.

Speaking this week to Sky Sports, Sulaiman said: “There’s absolutely great hope from the world to see that undisputed fight.

“Tyson Fury is our champion, our pride.

“Anthony Joshua holds the other belts and he has been a tremendous asset to the sport.

“A gentleman, a great career.

“To see this showdown, Fury-Joshua, would be tremendous for everyone in the sport of boxing.

“We will absolutely support it.”

Joshua is in line to defend his WBA, IBF and WBO belts against Kubrat Pulev on December 12.

Victory over the big Bulgarian would ensure Joshua remains on course to meet Fury and take on the glamorous showdown fight at the pinnacle of the sport.

The “Gypsy King” is contractually obliged to face the America for a third and final fight, after a controversial draw in their first meeting and a resounding victory for Fury in their second.