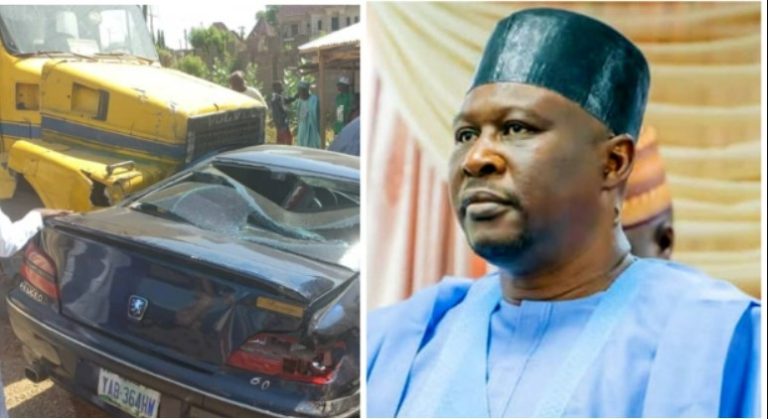 Two policemen were reportedly injured when a truck crashed into two vehicles in the convoy of Governor Ahmadu Fintiri of Adamawa State.

According to reports, the incident, on Saturday, occurred after the Governor and his aides left a wedding ceremony. 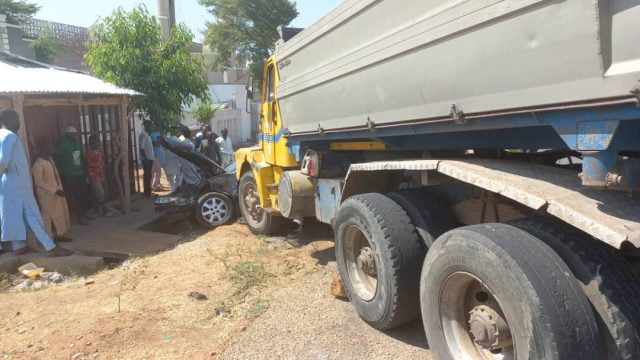 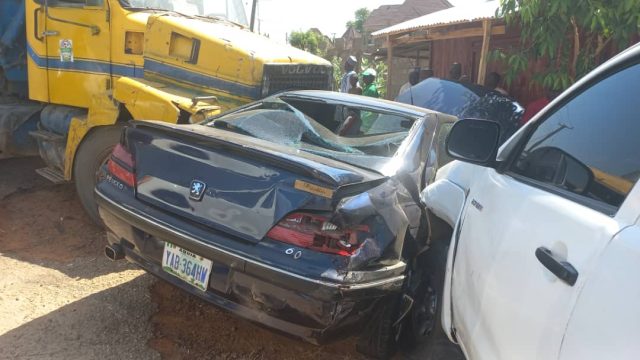 According to a witness, Fintiri and some of his Commissioners boarded a black Mercedes after a wedding at Agga Mosque in Dougirei area of Yola, the state capital.

The eyewitness said the truck driver ran into the Governor’s convoy at a speed so high, suggesting that the driver had lost control.

Security operatives and officers controlling traffic scampered for safety before the situation was arrested.

The Governor, however, came out unhurt and personally rebuked the driver before leaving the scene.