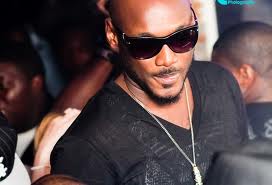 Popular Nigeria pop star, Tuface Idibia, and wife, Annie Macaulay, are said to be expecting a second child months after their superlative wedding in Nigeria and the United Arab Emirate, Dubai.
Idibia’s publicist, Efe Omoregbe, few days ago confirmed the pregnancy following several rumour surrounding the second child coming.
Macaulay, according to Omoregbe, is expected to deliver the bundle of joy in four months time and preparation are said to be underway for the arrival of the baby.
It would be recalled that Macaulay had a baby girl for Idibia and five children from other two ladies – Pero Adeniyi and Sumbo Ajaba – before Idibia went ahead and sealed the union with Macaulay.