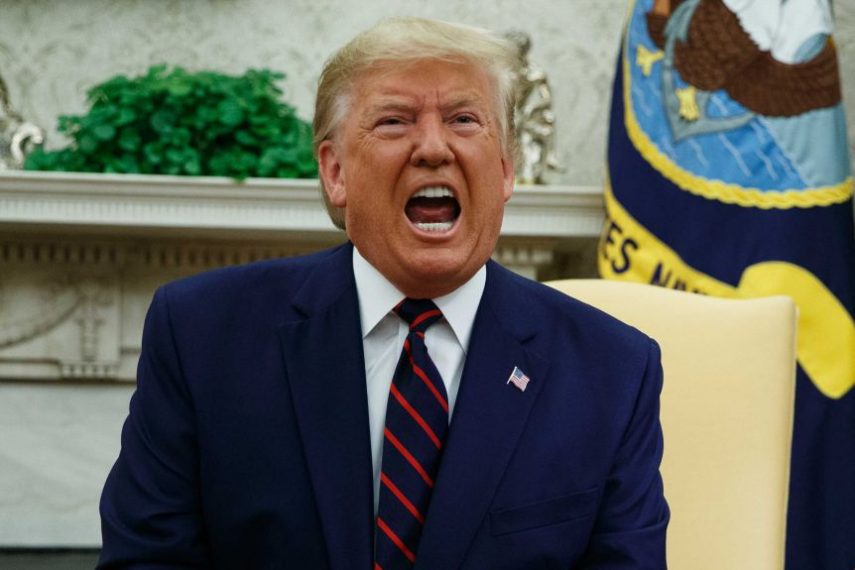 US President Donald Trump is expected to sign an Executive Order on social media on Thursday, according to local media reports.

In the tweets, the president told his over 80 million followers that voting through mail, otherwise known as mail-in ballots, was prone to fraud.

Shortly after, Twitter tagged the tweets with a circled exclamation mark followed by the text: “Get the facts about mail-in ballots,” in a hyperlink.

The link takes readers to a Twitter fact-check page that debunks the claim.

This infuriated the president who accused Twitter of interfering in the November 3 presidential election, and then threatened to “heavily regulate” or close down social media platforms.

Details of the impending Executive Order were not provided, but Newsweek magazine offered a clue in its report.

The magazine quoted two unnamed allies of the President in Congress as saying they were willing to strip Twitter of the “special speech liability immunity it receives because of the fact-checking flap”.

Zuckerberg reasoned the social media platforms should not be the “arbiters of truth”, according to the New York Post.

The paper said the Facebook CEO spoke in an interview with Fox News scheduled to air on Thursday.

“I just believe strongly that Facebook shouldn’t be the arbiter of truth of everything that people say online.

“In general, private companies probably shouldn’t be, especially these platform companies, shouldn’t be in the position of doing that.”