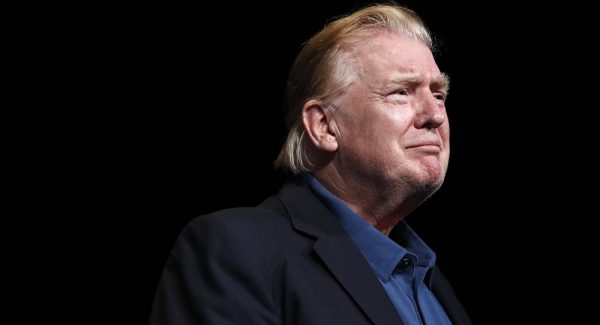 US President Donald Trump is set to announce his candidacy for a second four-year term at a rally in Florida.
Trump’s campaign for re-election in 2020 chose the 20,000-seat Amway Centre in the centre of the state to make the announcement on Tuesday.
The event is scheduled to start at 8pm (0000 GMT).
Trump has been touting the rally in tweets, claiming there has been a large demand for tickets.
“Big rally tomorrow night in Orlando, Florida, looks to be setting records, we are building large movie screens outside to take care of everybody,” Trump tweeted on Monday.
New polls of potential voters indicate Trump will need all their support on Election Day, which isn’t until November 3, 2020.
A poll conducted on Sunday by Fox News showed Trump trailing former vice president Joe Biden, the front-runner among a crowded field of Democrats, by 10 points.
The poll also shows him nine points behind Senator Bernie Sanders, another leading contender.
Trump tweeted about the polls on Monday, suggesting they were fake.
“Only Fake Polls show us behind the Motley Crew. We are looking really good, but it is far too early to be focused on that. Much work to do! MAKE AMERICA GREAT AGAIN!”
The president is expected to use Tuesday’s rally to highlight strengths in the US economy and the fulfilment of campaign promises made during his 2016 campaign.
dpa/NAN.