Trump threatens to pull US funding to WHO permanently 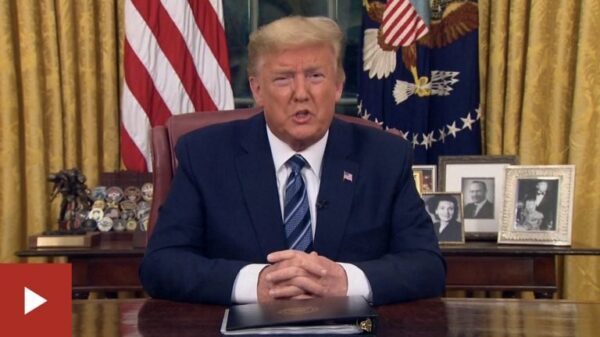 US President Donald Trump has threatened to permanently pull funding from the World Health Organisation if it does not commit to “major substantive improvements” within 30 days, according to a letter to the WHO chief shared by Trump on Twitter.

In a four-page letter to WHO Director General Tedros Adhanom Ghebreyesus, Trump set out what he called “repeated missteps” by the organisation.

Trump claimed that the WHO shares the responsibility for the large number of deaths in the crisis.

He alleged that mismanagement on the part of the WHO and reliance on information from China had dramatically worsened the epidemic and spread it globally.

Trump said he would make a temporary freeze of funding permanent and might also reconsider US membership of the organisation at the end of the 30-day deadline if he saw no improvements.

“The only way forward for the World Health Organisation is if it can actually demonstrate independence from China,” the US president asserted.

He said discussions with the organisation on how to reform the WHO had already begun.

Trump added: “But action is needed quickly. We do not have time to waste.

“I cannot allow American taxpayer dollars to continue to finance an organisation that, in its present state, is so clearly not serving America’s interests.”

The US president faced international criticism when he announced in April that he would be halting funding to the WHO while a 60 to 90 days review took place.

He has also faced criticism over how the White House initially responded to the virus.

Trump has repeatedly accused the organisation of failing in its response to the coronavirus pandemic.

He has said that US taxpayers provided between $400 million and $500 million a year to the organisation.

That funding is largely appropriated by Congress.

Trump’s criticisms of the WHO echo some experts, who say the organisation relied too heavily on information from China in the initial stages of the COVID-19 outbreak.