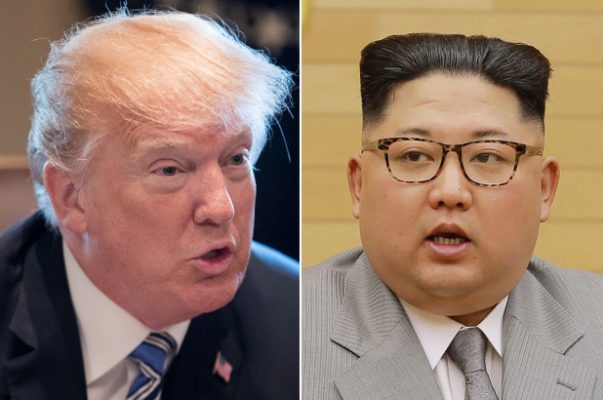 US President, Donald Trump, sent best wishes to North Korean ruler, Kim Jong Un on his birthday, a top South Korean official said on Friday.
South Korea’s national security adviser, Chung Eui Yong, said that Trump asked him to pass along the birthday greeting to Kim when Chung was holding talks in Washington this week.
Chung did not offer details about what else was in the message, what form the message took or how it was delivered to Kim.
Kim’s birthday is thought to fall on January 8, with his age now believed to be 36.
North Korea has never confirmed his birth date.
Chung met US and Japanese counterparts Robert O’Brien and Shigeru Kitamura in Washington.
The talks were about building lasting peace on the Korean peninsula, Chung said.
He did not give details.
Trump famously said in 2018 that he and Kim “fell in love” and that the North Korean leader wrote him “beautiful letters”.
But after two high-profile one-on-one summits and a brief meeting last year on the Demilitarised Zone the warm relations have soured with the nuclear talks stalled and Pyongyang once again referring to Trump as a “dotard”.