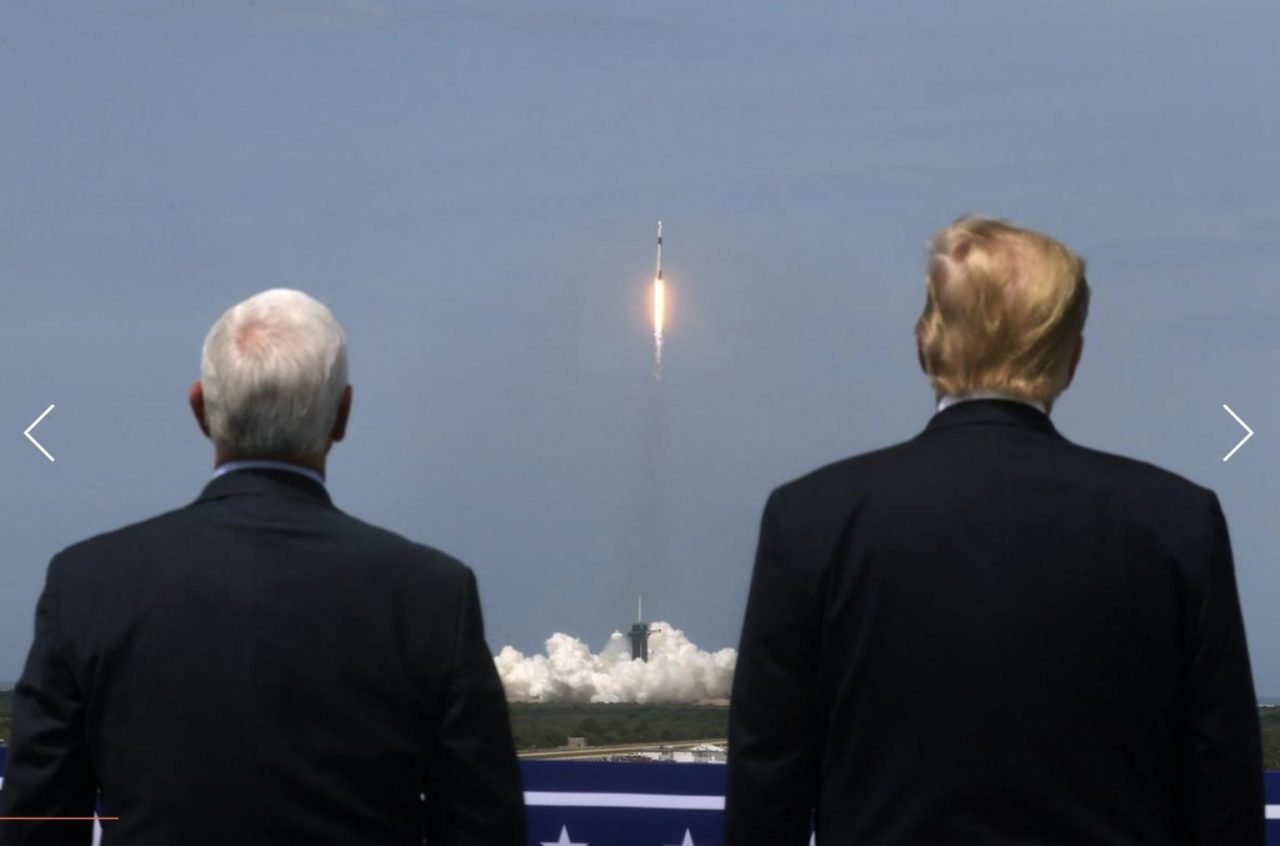 The US President, Donald Trump, says American astronauts would return to the moon by 2024.

Speaking after the successful launch of the country’s first human spaceflight in nine years, Trump said the aim was to “establish a permanent presence in space and a launching pad to Mars”.

He told Americans, who had cause to celebrate in what has been a trying period for the country: “The first woman on the Moon will be an American woman and the first nation to land on Mars will be the United States of America.

“Space travel is not a feat of engineering alone, it’s also a moral endeavour, a measure of a nation’s vision, its willpower and its place in the world.

“Exploration is a test of our values.

Onboard the capsule were America astronauts Doug Hurley and Bob Behnken, who are on a 19-hour journey to the International Space Station.

This is the country’s first human spaceflight through a government-private partnership between the US space agency, NASA, and SpaceX.

The STS-135 mission of July 8, 2011 was the last time the US launched astronauts from its soil.

Between then and the latest mission, the US astronauts were flown to the International Space Station through the Soyuz Capsule in Russia.

Tagged: “Launch America,” the mission was originally scheduled to begin on Wednesday but had to be postponed just 17 minutes to launch due to bad weather.

According to vox.com, it is an expensive mission that is supposed to cost $86 million per astronaut.

But SpaceX is reportedly charging only $55 million per astronaut for one complete round trip.

Trump acknowledged this when he said the NASA-SpaceX partnership had given America “an unmatched power” in a spaceship that puts astronauts into orbit “at a fraction of the cost of the space shuttle”.

The News Agency of Nigeria reports that by this development, space exploration is no longer limited to the government.

NASA’s administrator, Jim Bridenstine, told newsmen prior to the launch that space exploration would neither be successful nor sustainable if “government is the only one doing things in space”.

This is the beginning of “taxi” rides to the space station, where commercial spaceflight enters a new phase, reports the BBC.

Trump congratulated the Chief Executive Officer of SpaceX, Elon Musk, for fulfilling a dream he had nursed for decades.

He said: “From now on, the US will leverage the fast-growing capabilities of our commercial sector.

“We will use rockets and spacecraft designed, built, owned and launched by private American companies at a fixed price for the American taxpayer.

According to reports, Crew Dragon is on a test mission intended to complete the validation of SpaceX hardware for human-rated spaceflight operations.

The success of this mission will earn the company NASA certification for commercial crew missions to and from the International Space Station.

During the mission, expected to last between 30 and 90 days, the astronauts will test the capabilities of Crew Dragon, including its ability to dock and undock from the space station among others.