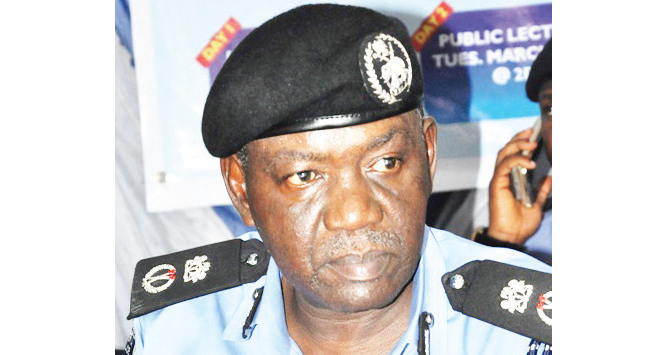 Share
Facebook Twitter LinkedIn Pinterest Email
A 32-year-old motor boy, Oluwaseun Olayiwola, has been arrested by the police in Oyo State for allegedly killing his boss and disappearing with a truck belonging to Dangote Sugar.
The truck assistant, after killing his boss, allegedly dumped his corpse in Isara area of Ogun State.
The Oyo State Commissioner of Police, Abiodun Odude, who paraded the suspect, said he was arrested by detectives on March 15, 2018.
Odude said: “The suspect killed his boss at the Ogere trailer park in Ogun State and dumped his corpse along the Lagos-Ibadan Expressway.
“After killing the man, who was the truck driver, he took charge of the truck, which was filled with bags of Dangote Sugar, and diverted it to Ibadan.
“It was meant to be delivered in Benin, Edo State.
“He kept the bags of sugar in some shops in Ibadan.
“Upon his arrest, the suspect led detectives to the Isara area of Ogun State where the decomposed body of the driver was recovered.
“He also led them to Ibefun, in the Ikorodu area, where the truck was recovered.
“He has been handed over to the Ogun State Police Command for further investigation and prosecution.”
Abiodun Odude Dangote Sugar Oluwaseun Olayiwola Oyo State Oyo State Commissioner of Police TRUCK
Share. Facebook Twitter Pinterest LinkedIn Tumblr Telegram Email