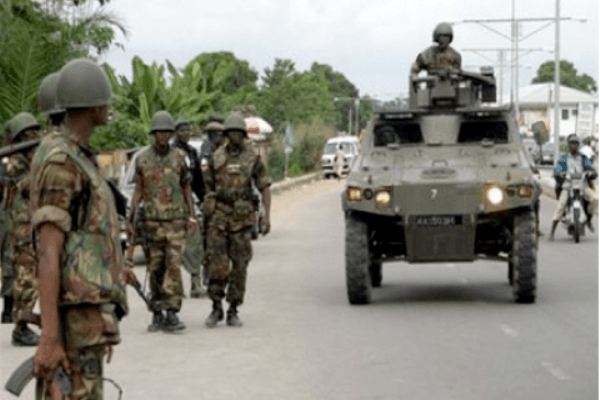 Troops of the Operation Lafiya Dole neutralised four Boko Haram terrorists at Gasawa Village in Guzamala Local Government Area of Borno during a clearance operation.
The army spokesman, Brig.-Gen. Texas Chukwu, confirmed the incident in a statement on Friday.
The News Agency of Nigeria reports that over 2,000 Internally Displaced Persons recently returned to communities in the local government as army embark on Operation Last Hold to clear the area, particularly Borno North of remnant of terrorists.
The four-month operation which began on May 1 is aimed at facilitating the return of IDPs from the North of Borno and Lake Chad region to their ancestral home to restart their lives.
The army spokesman listed items recovered from the terrorists to include five motorcycles, 250 litres of premium spirit, two bags of flour, one bag of rice, 100 loaves of bread and 60 containers of five litre vegetable oil.