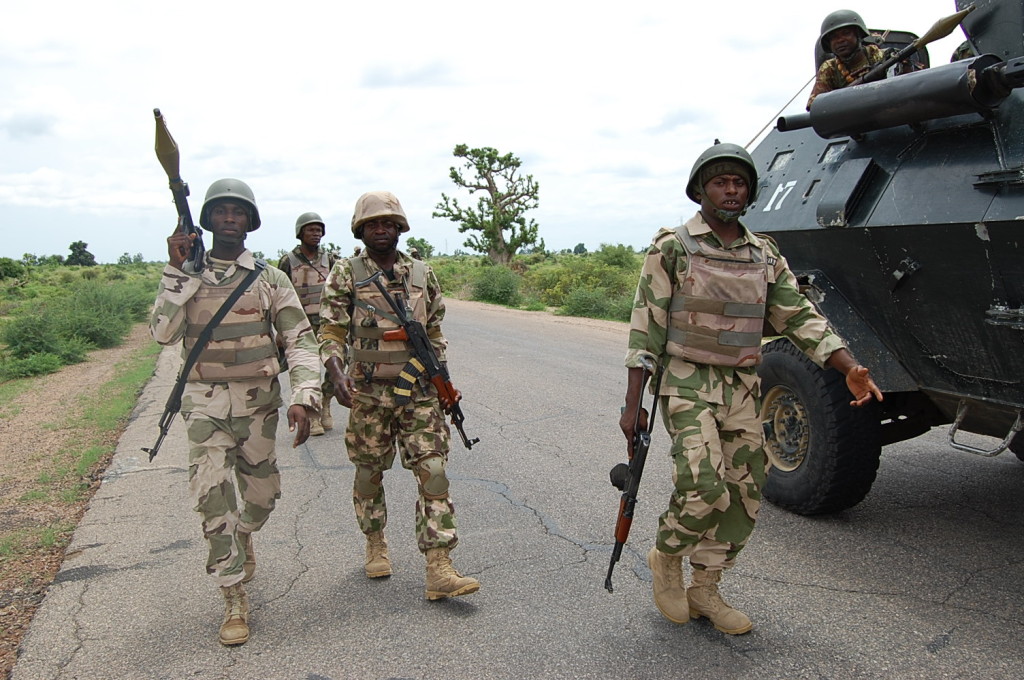 The insurgents were crushed when troops raided their hide out as they were about taking off to carry out a deadly attack on Konduga.

According to Defence Headquarters, sophisticated hardware including two anti-aircraft gun and food stuffs were recovered from the sect members.

“Over 50 terrorists died this afternoon as troops raided their hideout in Kawuri before setting out on a planned attack on Konduga.

“One Fabricated Artillery Gun, 2 Anti – Aircraft gun, an armoured vehicle and assorted types of ammunition were captured in the process.

“Some hardware, weapons, food items and personal belongings were also destroyed in the Kawu raid,” the DHQ tweeted.

Meanwhile, one office and two soldiers were also seriously wounded during the raid.