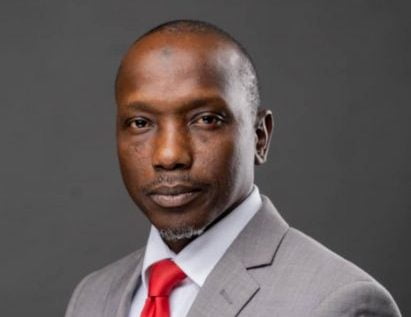 The Apapa Traffic Management and Enforcement Committee set up by Governor Babajide Sanwo-Olu to address the perennial traffic gridlock in Apapa area on Wednesday said it is winning the war against traffic congestion and extortion of truck owners and drivers in the axis with the Electronic Call-Up System (ETO) designed to sequence and batch trucks coming into Apapa and Tincan Island ports.

Speaking to journalists on the efforts taken so far by Lagos State Government through Apapa Traffic Management Enforcement Committee and other government agencies to decongest traffic in Apapa axis of the state, Giwa said 99 per cent of the trucks going into Apapa Port and Tincan Island Ports now comply with the electronic call up system.

He said there has been great improvement compared to the situation of things nine months ago during the manual call up system, where trucks going to the ports usually caused heavy traffic from Onipanu to Apapa and from Cele bus stop to Tincan Island areas of Lagos respectively.

He said there was no gridlock in Apapa as being speculated, noting that traffic congestion and hiccups on the road leading to slow down of vehicular movement were caused mainly by broken-down vehicles and sometimes port operations.

Giwa also attributed some of the challenges hindering flow of transportation at the ports areas to those known as ‘Movers’ who according to him are fighting hard to frustrate the Electronic Call-Up System because they are not comfortable with the new system, which has stopped their corrupt practices.

He said parts of the measures put in place by the enforcement committee to address traffic congestion is creating ‘time-belt’ for different categories of trucks – export containers, empty containers, flat beds, manufacturing, and oil and gas – to move at different times in and out of the ports.

“Those who were saying the e-call up system is not working are people referred to as ‘movers’. These people know several agencies and the enforcement agencies within the ports’ environments and they usually move trucks or fly trucks in the ports with the help of the agencies.

“There is a dedicated lane for all trucks to move but what the movers do is that they would go and meet someone somewhere that they have 50 trucks to move as against about 10 to 20 expected to be moved at a time. However, it is not possible again because even if you move your truck and pay everybody on the road to have your way, when you get to the port you would not be able to enter because there is an access control system at the port.

Giwa also debunked alleged extortion by the officials of the Lagos State Government around the ports, saying the Electronic Call Up System has reduced corrupt activities at the ports drastically.

While debunking the alleged racketeering by government officials around the ports, Giwa described the allegations as false accusations and challenged anybody with evidence of any form of extortions to bring it forward.

He said those who are allegedly being extorted by movers are drivers, who themselves are cutting corners by working outside the e-call up system and moving their trucks outside the time allocated for trucks to move.

“There is no gridlock in Apapa. Before now, for you to move a truck, during the TTP time, people pay as much as N150,000 to N200,000 to move a truck from Ijora-Olopa to Apapa Port because it is based on manual and anything that is manual has human interference.

“There are already trucks on that route that are waiting to go in one by one, so one big man will call someone and say I have 50 trucks I want it to pass. There is a lane that is dedicated for every truck to pass, so the big man will speed up and they would bring the 50 and move on the other lane that is free for other people to use.

“If anyone is being extorted, it means the person has done something wrong. They want to move at the time that is not theirs. The truck that ought to move in the night, maybe it broke down somewhere, still wants to move in the day so he can go back. That is the only thing we see as cases of extortion,” he said.