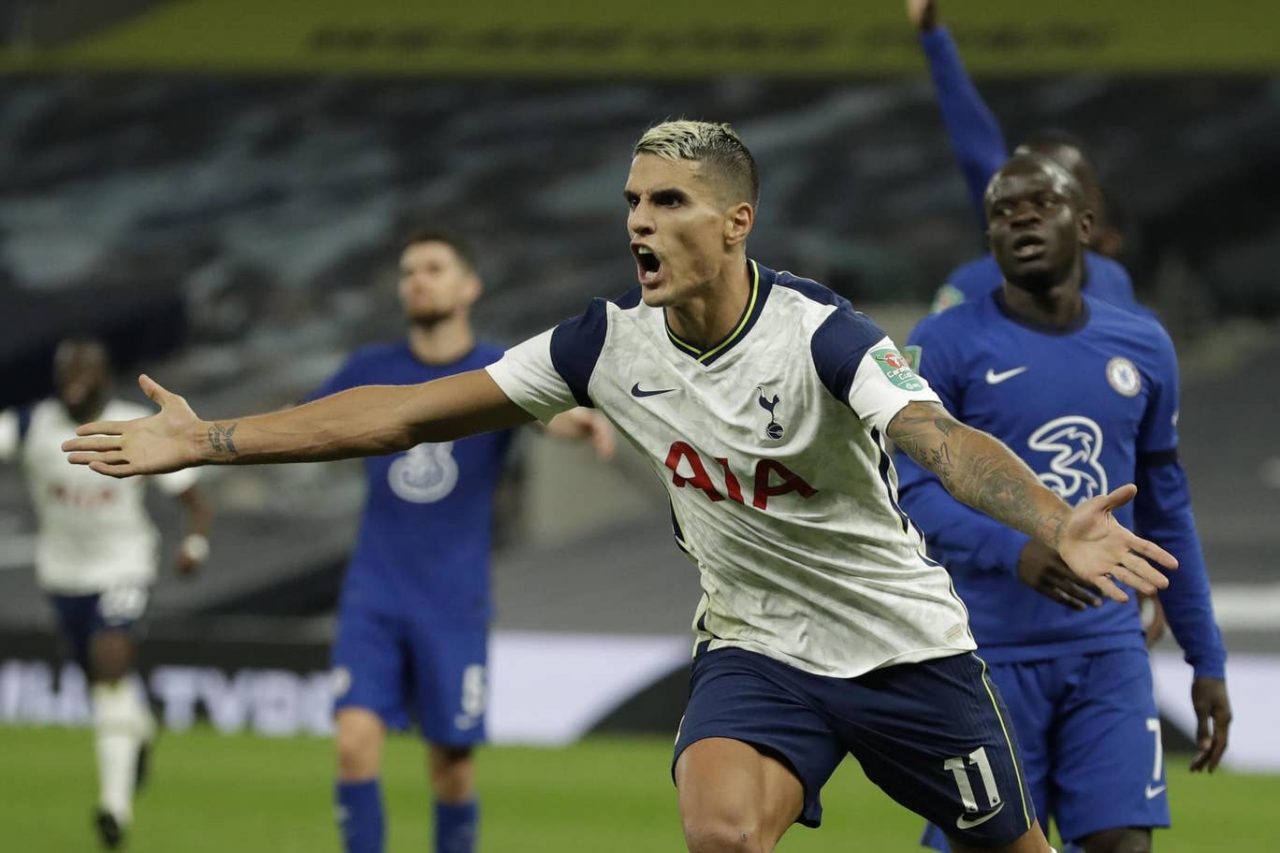 Tottenham fought back from a goal down to beat Chelsea on penalties to reach the quarter-finals of the Carabao Cup.

Timo Werner, who scored for RB Leipzig at the Tottenham Hotspur Stadium in the Champions League last season, scored his first Chelsea goal inside 19 minutes.

But Spurs rallied in the second half and Erik Lamela struck a late leveller with six minutes to go to force a penalty shootout – and Spurs went on to win to reach the last eight.

Spurs did not heed that warning and within two minutes, they were behind. Reguilon was guilty of two errors, first losing the ball and then diving in on compatriot Cesar Azpilicueta as he crossed to Timo Werner, who fired low into the corner from 20 yards to score his first Chelsea goal since arriving from RB Leipzig.

The hosts had very few opportunities to recall but only Gedson Fernandes will know how he didn’t level the scoring on 22 minutes, getting the better of Kurt Zouma only for the French defender to make a remarkable recovery to deny him a chance to poke home into the empty net.

Whatever respect Lampard and Mourinho shared in their Chelsea days, there was little shown on the touchline as the pair shared a frosty exchange over a foul on Fikayo Tomori.

Spurs rallied as the half went on and Erik Lamela was unfortunate to see his low effort blocked by Mendy, who saved with his feet.

It was inevitable that the home side would commit more bodies forward in the second half and Tottenham looked rejuvenated, with Bergwijn coming close to scoring.

The best chance of the game fell to Reguilon, who was found at the far post by Serge Aurier, but the full-back fired straight at Mendy who did superbly to react and punch over the bar.

Mourinho waited until the 70th minute before calling for Kane while Lampard sent on N’Golo Kante to shore up the midfield.

Chelsea weathered the storm and began to create chances on the break, with Hudson-Odoi guilty of a poor finish after a sublime Jorginho pass over the top while Mount missed a simple pass that would have put Werner through on goal.

And they would rue those missed opportunities as Lamela took advantage of some sloppy defending to sweep home from close range with six minutes to go.

That forced a shootout, and the first nine spot-kicks all found their mark before Mason Mount missed to ensure Spurs won 5-4.