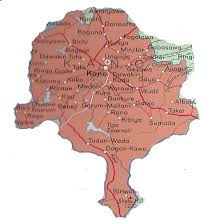 A former Chairman of the defunct All Nigeria Peoples Party in Kano State, Alhaji Sani Hashim-Hotoro, is dead.
Aged 67, Hashim-Hotoro died in the early hours of Thursday at the Aminu Kano Teaching Hospital, Kano, “after battling with chronic diabetes”.
One of his sons, Alhaji Saidu Hashim, who announced the death, said the deceased left behind two wives, many children and grandchildren.
Hashim-Hotoro was a prominent figure in the defunct ANPP who contributed immensely to Malam Ibrahim Shekarau’s two consecutive terms as Executive Governor of Kano State.
Many people including prominent politicians in Kano attended the funeral prayer which was held at his residence in Hotoro area in Kano metropolis.
Among them were: the Chairman of the Kano State Chapter of the Peoples Democratic Party, Alhaji Rabiu Dansharu and former Commissioners in the state.