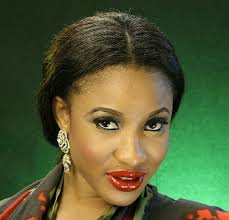 Controversial Nollywood actress, Tonto Dikeh, has joined fellow actress cum singer, Stella Damasus, in campaigning against child marriage in Nigeria.
In her broadcast, Dikeh described senators advocating for such idea in Nigeria as morally imbalanced and clueless.
She reiterated further that there are so many important issues of national importance that deserve attention rather than asking people to start defiling teenage girls in the name of marriage.
It would be recalled that several other people across the country have protested against the recent kids debate in the house that teenagers are eligible to marry in Nigeria.
Ena Archibong, a Lagos-based marketer, asked: “These are kids, who are not old enough to make wise choice of their marriage partners.
“These are kids, who are supposed to be in school.
“Can kid look after kid?”