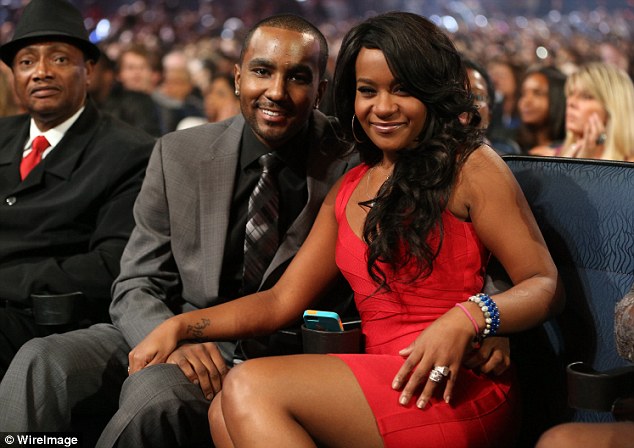 Bobbi Kristina, daughter of late singer Whitney Houston, confirms she’s engaged to her ‘adopted brother’ Nick Gordon. And this has been generating controversies months after the news broke to the public.
Whitney Houston’s family is about to step into the spotlight with a reality show that already has a twist: The late singer’s 19-year-old daughter Bobbi Kristina is engaged to her “adopted brother.”
A new Lifetime series “The Houstons: On Our Own” is set to debut in two weeks, but a sneak peek promo confirms what the tabloids have been buzzing about for months. Bobbi Kristina Brown, the only daughter of Houston and the fourth child of New Edition singer, Bobby Brown, is engaged to marry Nick Gordon.
Bobbi Kristina previously denied the claims, though she had been photographed several times with an engagement ring and looking cozy with the 22-year-old Gordon, who was reportedly adopted by Houston 10 years ago. The pair often posted pictures together on Twitter while they continue to say the ring was just a gift.
However, a video clip shows the couple revealing their engagement to the family. Most of their relatives disapprove, including Whitney’s sister-in-law, Aunt Patricia, who calls it “unacceptable.”
“We don’t shy away from any tabloid topics, like Nick, whether he is her brother or is he blood related or not blood related,” show producer, Tracey Baker-Simmons, told MTV News. “Now he’s the boyfriend and how the family really feels about it and dealing with it and where Bobbi and her father Bobby’s relationship stands. There’s a lot of Bobby talk and a surprise ending as it relates to that.”
The late “It’s Not Right (But It’s Okay)” singer’s brother Michael Houston told ABC in March that Gordon was “like a son to her,” but wouldn’t clarify if he was officially adopted.
Gordon, however, explained on Twitter when dating rumours first appeared that he and Bobbi Kristina, whom he calls “Kriss,” are not related by blood. “For the stupid people out there, she gave birth to one child,” he tweeted earlier this year. “She called me her ‘God Son.’ I swear some people in this world act like they don’t have a brain.” The engaged couple have since made their social media accounts private.
Whitney Houston died February 11 at 48 in a Beverly Hills hotel. The Grammy-winning singer’s last project was co-starring in the movie “Sparkle” with Jordin Sparks – the DVD hits stores on November 30.