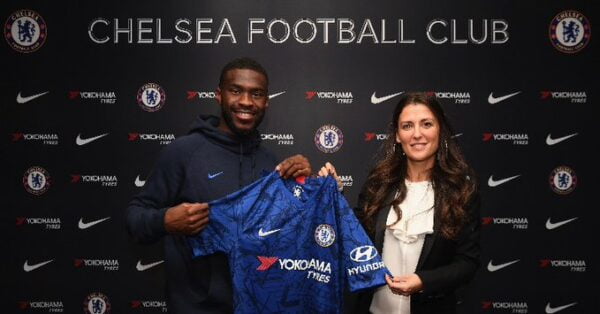 Chelsea defender, Fikayo Tomori, has signed a new five-year contract with the Premier League club.
The 21-year-old has been given first-team chances by Frank Lampard this season, having featured regularly for him while on loan at Derby.
“The club has been so good to me, looking after and developing me,” said Tomori, who has been with the club since the age of seven.
“I’m really happy the club have shown this faith in me.”
Tomori has made 16 appearances for the Blues this season, including a Champions League debut. He also won his first England cap in November, in the match against Kosovo.
Chelsea director Marina Granovskaia said: “We are very happy to see another fantastic young player come through from our academy into the senior team.”
The new deal will keep Tomori at Chelsea until 2024.