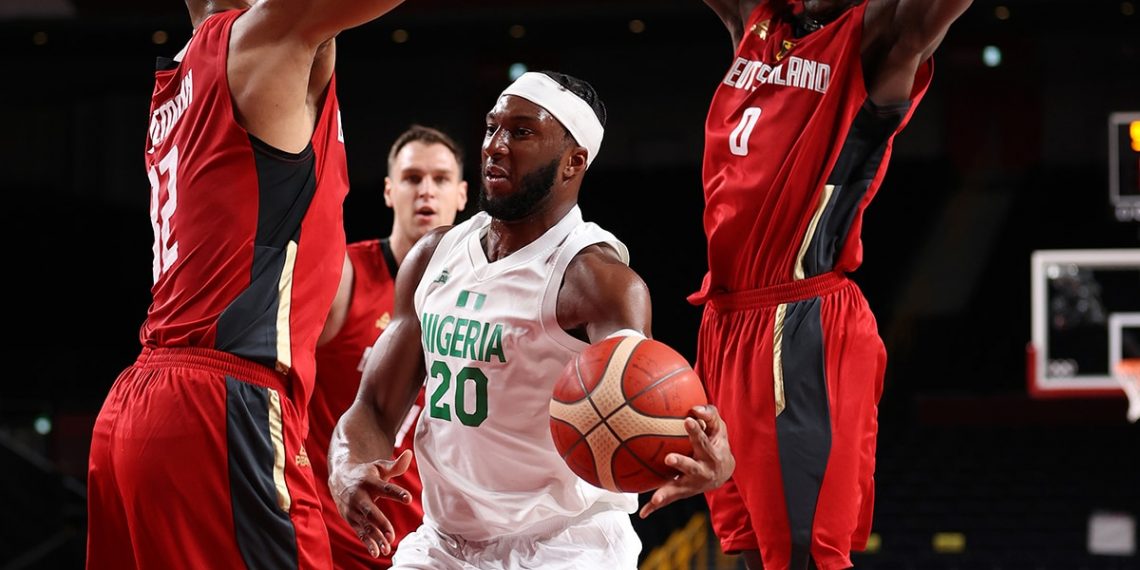 Nigeria’s senior male basketball team, the D’Tigers, on Wednesday lost their second Group B match in the men’s basketball event of the ongoing 2020 Tokyo Olympics.

The D’Tigers fell apart in the fourth quarter of their second game at the Tokyo Olympics to lose 92–99 to Germany.

They went on to accumulate most of their points via three-pointers, an improvement from the performance in their first game.

Germany, also having suffered a first match loss to Italy, made it an end-to-end game inspired by Orlando Magic’s Moritz Wagner and Danilo Barthel.

Both teams were tied at half-time (50-50) and at the end of the third quarter (74-74) making it a frantic fourth quarter where Germany took the game beyond Nigeria.

Nigeria at some point in the game led with as much as twelve points but didn’t do enough defensively, giving away fouls the Germans easily converted from the free-throw line.

Johnannes Voigtmann scored 19 points, and Germany used a 14-0 run in the final minutes to pull away and beat Nigeria 99-92.

Barthel was subbed in after Wagner got his fourth foul late in the third quarter — and he made a big impact.

He was 4 for 4 from the field in the final period, including the basket that started the 14-0 run which broke an 81-81 tie and put the Germans on top for good.

Jordan Nwora scored 33 points for Nigeria (0-2), while Miye Oni scored 15. Nigeria made 17 three-pointers, but were outscored 19-7 from the foul line.

And then it was Nigeria’s turn to grab and cede control.

A 16-5 run to open the second half put the D’Tigers up 11, but Niels Giffey’s three-pointer rattled in as the third-quarter horn sounded and sent the teams into the final period tied at 74.

The lead changed hands five times in the opening minutes of the final quarter, before Germany put together the decisive run.

They ended up taking a big step towards qualifying for next week’s knockout stage.

Both teams will finish their round-robin Group B schedule on Saturday.

Nigeria will face Italy on Saturday as their chances of qualifying for the next round now hang in the balance, while Germany take on Australia.