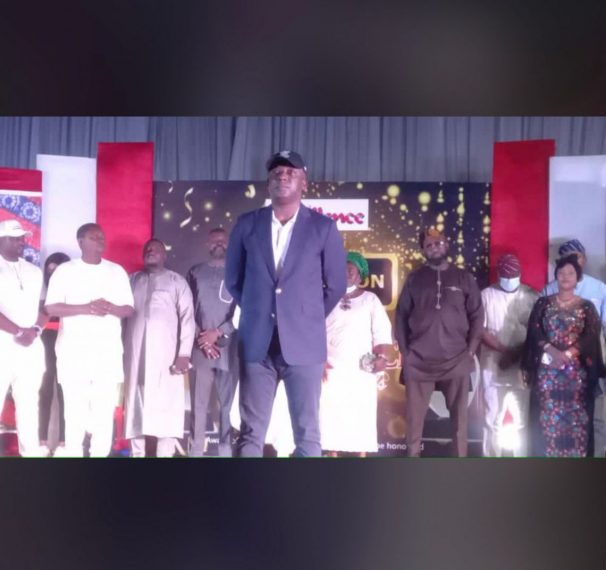 Tokunbo Philip Wahab, the Special Adviser on Education to the Lagos State Governor,  Babajide Sanwoolu was Sunday, September 27, 2021 honoured as the Government Official of the Year at the Excellence Recognition Awards’ 17th edition in Lagos.

The affable, hardworking legal practitioner was recognized for the giant strides that have been recorded in the education sector in Lagos State since his appointment by the governor in 2019.

Indeed, it is an honour well deserved for Barrister Wahab or TW as he is fondly called by those close to him. Some of the indelible footprints recorded since his assumption of office include the ongoing Lagos State University, LASU hostel project in Epe, the recognition of LASU as a top 600 school in the world and number two in Nigeria, the upgrade of the Lagos State College of Nursing, LASCON facilities. LASU currently ranks second in Nigeria and 501 to 600 in the world. This was according to the Times Higher Education World Ranking released in September 2021. Earlier in the year, the school had ranked as the best Young University in Nigeria, as released by same Times Higher Education, THE.

Also, one of his initiatives that have also continued to garner applause is the Eko Digital Initiative which is aimed at guaranteeing access to modern/technological resources that will foster learning at primary, secondary and tertiary institutions across the state. He also initiated the upgrading and digitalization of libraries in different locations, including the remote areas in Lagos.

His resourcefulness and mantra of having a digital approach to education, which will make our products able to compete favorably anywhere in the world has continued to endear him to close watchers of the education sector in Lagos.

Receiving the award, Wahab thanked the organizers of the awards, Global Excellence magazine and its publisher,  Mayor Akinpelu and dedicated the award to God, his family and the Governor of Lagos State. He further stated that being called to serve is an honour and thanked Governor Babajide Sanwoolu for counting him worthy to be on his team out of the millions of Lagosians who are also qualified to serve the people.