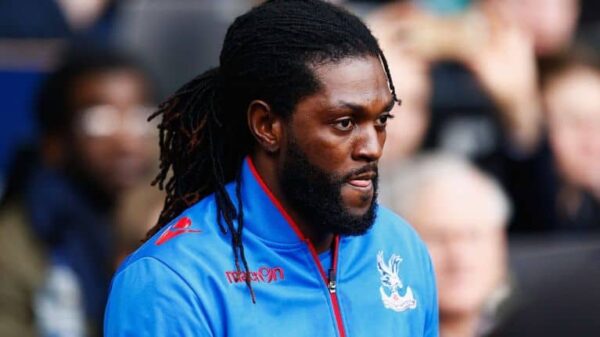 Former Arsenal striker, Emmanuel Adebayor, has finally opened up on his root, admitting that he’s a Nigerian.

Adebayor was born in Lome, Togo to parents who originally hailed from Nigeria, but opted to pledge his international allegiance to his country of birth, going on to represent them at the 2006 World Cup.

The former Togo captain has not forgotten his roots and is very fluent in Yoruba to the point of speaking in parables.

Adebayor was not in The Sparrowhawks squad beaten 3-0 by the Super Eagles in an international friendly in June 2017.

In a video uploaded to Instagram by Daniel Amokachi, Adebayor sent a message to Alex Iwobi, Kelechi Nwakali, Semi Ajayi and other Super Eagles stars to motivated the team at the AFCON.

“We are all behind you guys and you know why because originally my parents are from Nigeria and I am a Nigerian so you guys have to win for me.

“If you don’t want to win for yourself, it is your problem, but do it for me okay.

“Super Eagles let’s do it.”