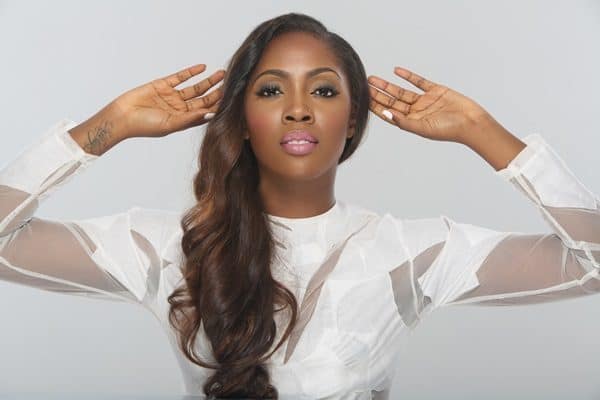 Seyi Shay has described her physical altercation with Tiwa Savage at a hair salon as confusing.

In an audio obtained by Pulse Nigeria, Seyi Shay narrates her side of the story and made some accusations against Tiwa Savage.

According to the singer, she decided to say ‘hi’ to Tiwa when she walked into the salon because of the tension caused by her presence.

Seyi Shay stated that she went over and said hi but contrary to the narrative being pushed online, Tiwa replied cordially.

However, 20 minutes later, Tiwa walked over to her and warned her never to greet her in public again.

Seyi Shay who was ridiculed by Tiwa for having an ‘ugly skin’ explained that she had just got a chemical peel hence the state of her skin.

Seyi Shay accused Tiwa of trying to get her kicked off endorsement deals and also fighting another artiste for featuring her on a song amongst other things.

Seyi who expressed shock at the fact that Tiwa used her son’s life to swear that she had never done anything to her, claimed the singer said God will never give her a child because of her ‘bad spirit’.

Seyi Shay stated that it hurt her because she once had a miscarriage.

“It hurt me because I’ve had a miscarriage before and I know the kind of pain that I felt when going through that so, for another woman not only to skin-shame you but to now tell you that God will not give you a child, that you’ll not have a child.”

However, Seyi Shay coyly admitted to singing about Tiwa in the viral F*ck You challenge back in 2017, adding that the song was nothing compared to all that Tiwa had done to her.