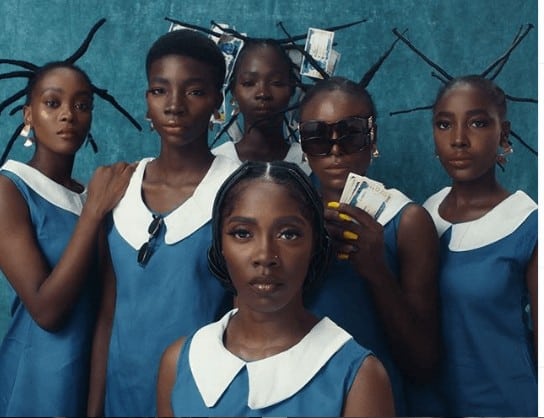 Superstar singer and songwriter, Tiwa Savage, has dropped a striking video for a new single: “49-99.”
The News Agency of Nigeria reports that the single and video is her first official solo work since she exited Mavin records and joined Universal Music Group in May.
The single and Meji Alabi-directed video began global streaming on September 5 following a listening party where Savage explained the message behind the song and video.
The video features a recreation of Congo High: Class of ’72, an epic photography collection of Congolese school girls in eccentric hairstyles and blue white-collared uniforms.
The photographs were taken by renowned photographer, Elliot Elisofon.
The girls were living in early 1970s Congo, the beginning of the Mobutu Seseseko regime.
Elisofon was actively campaigning for “African authenticity”, attempting to purge the country of all colonial cultural influence.
Taking some cue from his works, Savage re-imagined the styling of the girls in the photographs and explained that the song was a call for social change.
She said: “The song encourages the young to put down the sense of inheritance and work for what they desire in life, for a better tomorrow.
“We can’t sit on our old glories and expect things to change for the better.
“‘49-99’ also addresses some political leaders who, instead of focusing on the growth of a nation, are there just for the money and having affairs with underage girls, while the citizenry is hustling hard to make a daily living.”
The music star elaborated on the song in a press release that 49-99 as a term was coined from the hard life many Nigerians go through.
The song reveals a case study of a transit bus service which ought to serve 49 persons but due to the poor economic condition is often made to carry twice the number with so many persons standing.
The track also references Fela Anikulapo-Kuti’s famous “49 sitting, 99 standing” line from his 1978 song: “Shuffering and Shmiling.”
Throughout the track, Savage sings about the pursuit of money in Nigeria, offering commentary on widespread poverty.
NAN. 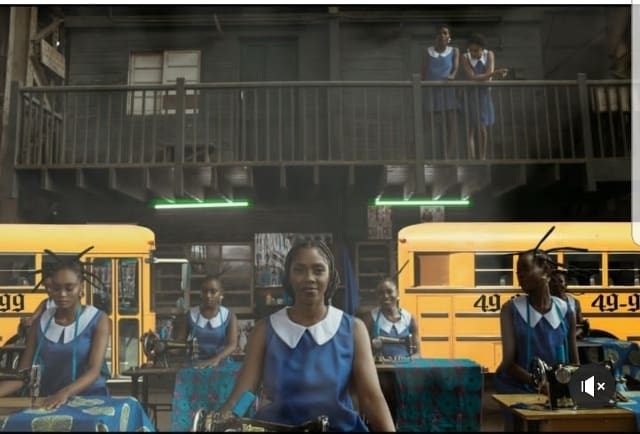