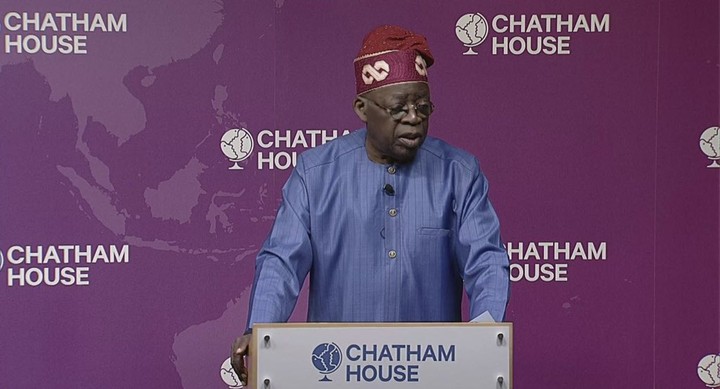 Asiwaju Bola Tinubu, presidential candidate of the ruling All Progressives Congress (APC) on Monday gave reasons why he has been avoiding debates and one-on-one interviews with journalists.

Responding to questions at the Royal Institute of International Affairs also known as Chatham House in London, Tinubu said those asking him for one-on-one interviews want to use him to make money having realized that he is a marketable individual.

He said he will continue to say no to those asking him to grant interviews and participate in debates.

“One-on-one conversation? Excuse me. I see myself as a marketable individual. You want to use me to make money and I’m saying no!”

Tinubu also spoke on the issue trailing his age, affirming that he was born on March 29 1952