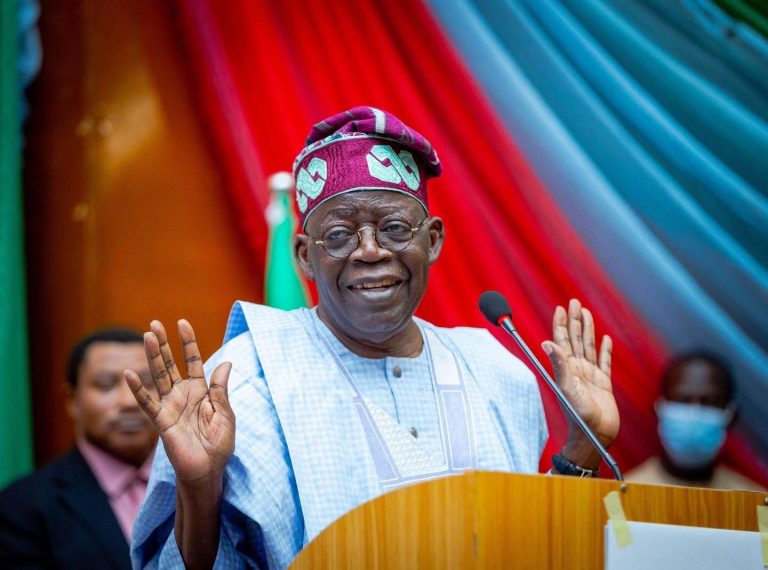 All Progressives Congress Presidential Candidate and National Leader, Asiwaju Bola Tinubu, has congratulated Justice Olukayode Ariwoola on his appointment as the Acting Chief Justice of Nigeria.

While urging Justice Ariwoola to bring unto the apex judicial position the competence and integrity that have hallmarked his career, he wished the former CJN, Justice Tanko Muhammad, who resigned on Monday on health grounds, quick recovery,

In a congratulatory statement issued on Tuesday by his Media Office, Tinubu said: “I congratulate Justice OlukayodeAriwoola on his elevation to the topmost judicial position with his appointment as Acting Chief Justice of Nigeria.

“To say this appointment is richly deserved is stating the obvious. Justice Ariwoola has given everything to the law and judiciary.

“Called to the bar in July 1981 and rising to the apex court as a Justice of the Supreme Court in 2011, Justice Ariwoola has held important appointments over the years during which he demonstrated excellence.

“His over four decades judicial career has been hallmarked by competence, integrity and deep understanding and interpretation of the law without fear or favour.

“I know Justice Ariwoola will bring all of that unto this important appointment and continue to uphold the principles of law with courage and impartiality.

“While wishing him increased wisdom and God’s guidance, I also wish the former CJN, Justice Tanko Muhammad, who stepped down on Monday on health grounds, quick recovery.

“I thank Justice Muhammad for his services to Nigeria and the judiciary and I wish him a most memorable retirement.”