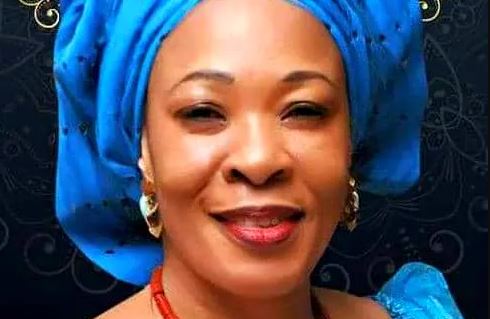 He also mourned with the people of Amuwo-Odofin over the development.

Wife of King Sunny Ade and former member of the Lagos House of Assembly, Hon. Adegeye died on Tuesday in Lagos after a brief illness.

In a statement by his Media Office signed by  Tunde Rahman, Asiwaju Tinubu said: “I’m deeply saddened by the passing on Tuesday of your wife and former member of the Lagos House of Assembly, Hon. Risikat Ajoke Adegeye.

“Hon. Adegeye was a dutiful wife and mother. She was also a prominent grassroots politician in Lagos who worked fervently for her Amuwo-Odofin Constituency.

“She was a relentless fighter for what she believed in. I knew her particularly during her time in the 6th Lagos House of Assembly (2007-2011) representing Amuwo-Odofin Constituency 1.

“I commiserate with our renowned King Sunny Ade, their children and other family members. I mourn with the people of Amuwo-Odofin.

“I mourn with the Lagos State Government, the state House of Assembly members, Hon. Adegeye’s friends and political associates for we have all lost an eminent woman and politician. May we have the strength to live with this loss.

“I pray that Almighty God grant the soul of Hon. Adegeye eternal rest.”