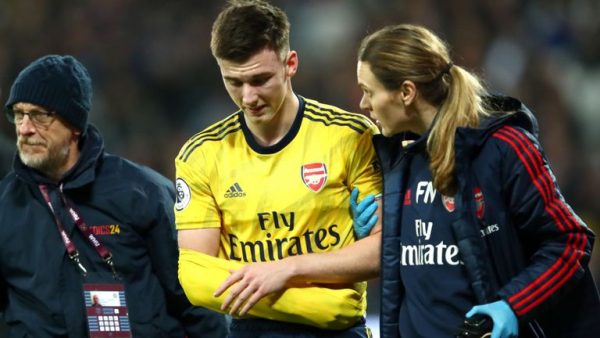 Arsenal defender Kieran Tierney has signed a new long-term contract at the club.

The Scottish international, who arrived at the Emirates from Celtic in 2019 in a move worth around £25million, has put pen to paper on a five-year deal to keep him in north London until 2026.

The left back has become a key part of Mikel Arteta’s squad, despite nursing injury problems during his time in the Premier League, and has established himself as a leader in the group.

Tierney was part of the Scotland squad that was knocked out in the group stage at Euro 2020, missing the opening defeat against Czech Republic before returning to the side to start both the 0-0 draw with England at Wembley and the 3-1 defeat to Croatia at Hampden Park.

Securing his long-term future is a significant move in what looks likely to be a busy summer for Mikel Arteta, with the club already moving to add defensive reinforcements in the shape of England international Ben White.

The Gunners are in advanced talks with Brighton over the 23-year-old, with a deal worth upto £50million expected to be agreed.