TICAD 7: Why I’m leaving Japan with my mouth opened, by Femi Adesina

Buhari at UNGA: CAMA Act will help us fight corruption

Putting our money where our mouth is, by Femi Adesina 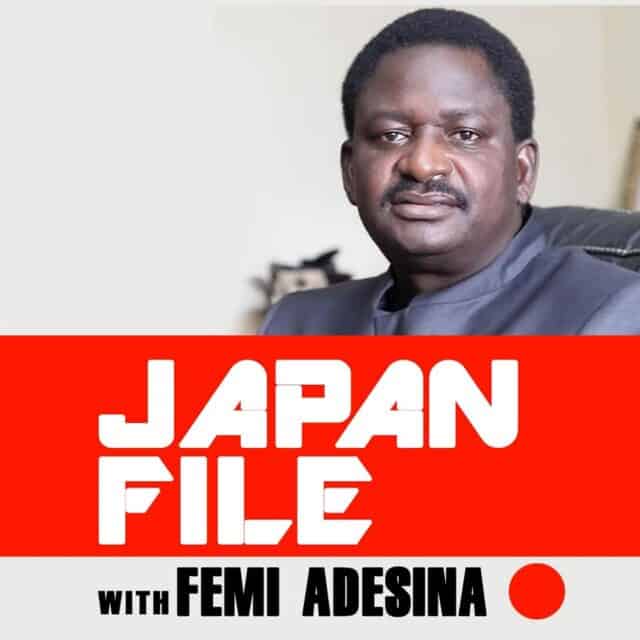 Today is the last dance of the Seventh Tokyo International Conference on African Development (TICAD 7), and our fifth day in Yokohama, Japan.
A bouquet of goodies is being unfolded for the African continent, aftermath of the conference, but as a participant-observer, what are the low hanging fruits Nigeria can pluck immediately? That is why I want to count our blessings, and name them one by one.
Yesterday and today, particularly, have seen the unfolding of some good things for Nigeria. Like Bongos Ikwue sang: “Only last night I had a dream, something good’s gonna happen to me.”
On Thursday, a memorandum of understanding was signed between Nigeria and the European Union. Our Foreign Affairs Minister, Geoffrey Onyeama, appended pen to paper on our behalf, while Neven Mimisa, Commissioner for International Cooperation and Development, represented the EU. President Muhammadu Buhari was a witness.
The purpose was to make the princely sum of 50 million euro available to Nigeria to tackle the human misery brought on the North East by Boko Haram insurgents. It brings the amount advanced to Nigeria by EU between 2014 and 2020 to 562 million euros.
The EU commissioner said the engagement with Nigeria in Yokohama was timely, as the organization was in the process of preparing its seven-year budget. There’s something like being in the right place at the right time.
At the bilateral meeting between President Buhari and Prime Minister Shinzo Abe of Japan, the latter pledged the sum of $300,000 for our Defence College. He also threw in 12 million yen into the health sector in Nigeria.
Still naming the blessings one by one, three unique bilateral meetings held today, which brought good tidings to Nigeria.
Officials of Japan Bank for International Cooperation, led by the Deputy Governor, Nobumitsu Hayashi, indicated interest in supporting projects involving Japanese companies in Nigeria.
Saying a handsome amount of funds has been set aside for the initiative, Hayashi gave areas of interest as oil and gas, infrastructure, and others. Trust President Buhari, he welcomed them with open arms.
Toyota Tsusho is part of the giant Toyota conglomerate. Its President/CEO, Ichiro Kashitani, led a team to meet the Nigerian leader. Their interest? Energy. Healthcare. Automobiles. They are particularly planning a world class advanced medical diagnostics centre, in collaboration with Siemens of Germany. With that, Kashitani said, Nigerians need not seek cutting-edge medical diagnosis outside the country again.
Open arms again, from President Buhari. He also advised that they consider setting up Toyota car assembly plant in Nigeria, saying the country could absorb such investment for positive returns. And jobs, jobs, and jobs for Nigerian people.
The Prime Minister of Algeria, Noureddine Bedoui, also came in. He showed interest in oil and gas cooperation between the two countries, particularly the prospect of piping gas to Europe through Algeria.
In such conferences, there are usually intangible gains, which you cannot immediately quantify in terms of cash, but which would eventually redound in blessings for the country. Such was what happened when South Africa’s President, Cyril Ramaphosa, came to see our President. He laid a foundation for crucial talks on the killing of Nigerians in his country, when our President visits South Africa in October. Like they say, it is better to jaw-jaw than to war-war.
President Patrice Talon of Benin Republic also came. He pleaded for mercy, saying the partial closure of border was bringing untold hardship to his people, who depend on Nigeria for almost everything. Not so fast, President Buhari told him. Unbridled smuggling of rice from Benin Republic into Nigeria was discouraging our rice farmers, and endangering food security, which we have almost achieved.
The two Presidents resolved to convene a meeting, in which the President of Niger Republic would be involved, to fashion a workable solution to the smuggling menace.
During the conference, the Nigerian leader also had a platform to unfold potential areas of investments in his country. These he gave as power and renewable energy, petrochemicals and gas, maritime (shipping and ports), automobiles, mining, agribusiness, healthcare, pharmaceuticals, ICT, and railways. No wonder there are already indications of interest.
TICAD 7 gave us opportunity of meeting good Nigerians based in Japan, just as we saw the bad ones in action. May bad people never come near you. Amen, somebody!
Finally, I got an information, which dazed me to no end. Seeing there was no outage of power, not even for half a second, throughout our stay in Japan, and almost everything was being powered by electricity, I asked our Ambassador, Prof. Mohammed Gana Yisa, how many megawatts of electricity the country has. Maybe it was too big for his mouth to pronounce, so he just took a sheet of paper, and wrote: 1,041 TWh, or 1,041,000,000,000 Wh.
I opened my mouth, and was not able to close it. As I write this piece, 24 hours later, my mouth is still open, and I don’t intend to close it. At least, not till Nigerians beg me.

Buhari at UNGA: CAMA Act will help us fight corruption

Putting our money where our mouth is, by Femi Adesina

Presidency to Soyinka: Nigeria had always been divided