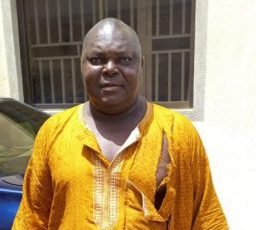 Political thugs on Wednesday disrupted a news conference of a faction of the Social Democratic Party in Ilorin, Kwara State.

The thugs, numbering about 20, forced their way into the Labour House owned by the state chapter of the Nigeria Labour Congress and descended heavily on the conveners of the meeting.

A factional Chairman of the SDP in Ifelodun Local Government Area of the state, James Olajide, was assaulted, leaving him with torn cloth and dragged on the bare floor by the thugs.

The invading thugs accused the local government chairman of taking money from the state Governor, AbdulRahman AbdulRazaq, to foment trouble in the SDP.

“Baba Ifelodun, you took money from AA to disrupt our party,” one of the thugs said.

The thugs also beat and drove away an elderly man, who was walking with the aid of a walking stick.

NAN reports that the Publicity Secretary of a faction of the SDP, Kareem Akanbi, had on Tuesday announced the suspension of eight members from the party.

The conveners of the Wednesday meeting were some of the people that were suspended for alleged anti-party activities.

Before the disruption of the news conference, the factional Chairman of the SDP (original), Ibrahim Yahaya, had alleged plans by some former members of the All Progressives Congress to hijack it from the pioneer executive of the party.

Yahaya said: “It is no longer news that a faction of the All Progressives Congress in Kwara State (APC Loyal) formally applied to join our party, the SDP, vide a letter to SDP National Secretariat dated March 9, 2022, by a reply letter dated 11th March 2022.

“The National Secretariat of SDP acknowledged the APC Loyal letter and their intention to join the SDP in Kwara State with a promise to work on a harmonisation arrangement on how their interests will be accommodated.

“The original SDP members in Kwara under my leadership were waiting for further directives from National Secretariat.

“But we were shocked to hear about a purported State congress of Kwara SDP held on April 26, 2022, which was stage-managed by the Kwara APC Loyal group in collaboration with some officials of SDP National Secretariat.

“The sole aim of the kangaroo state congress election of SDP on April 26, 2022, was to hijack the party from the original members of the party who had worked tirelessly to bring the party to its enviable position in Kwara.

“The said congress was held in contravention to the SDP constitution. Also, the original members of Kwara SDP were denied participation in the said congress contrary to the relevant provisions of the Electoral Act 2022.

“I wish to inform this august gathering that we have protested the said purported state congress of Kwara SDP held on April 26, 2022, at the Kwara APC Loyal Secretariat to the National Secretariat of the party.

“Also, we have instructed our team of lawyers, who have since swung into action to challenge in court the legality of the purported state congress of the Kwara SDP held on April 26, 2022.”