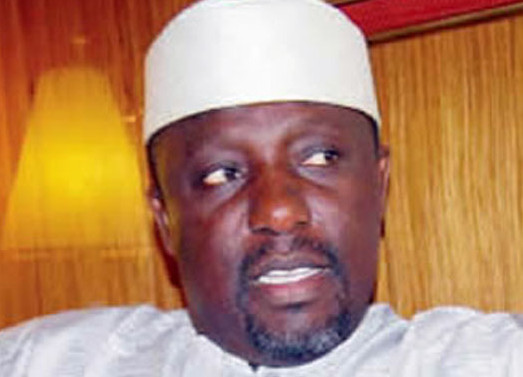 Three principal officers of the Imo State House of Assemblyhave resigned.
Thy resigned on Tuesday in Owerri following alleged controversies surrounding the 2018 appropriation bill.
The principal officers who resigned their positions are: the Majority Leader, Lugard Osuji; his deputy, Kenneth Ibe; and the Chief Whip of the House, Marcel Odunze, all of the All Progressives Congress.
Tendering their resignation, the former majority leader said the action was in the “collective interest: of the assembly.
The News Agency of Nigeria reports that 17 of the 27 members of the assembly boycotted the plenary session and observed proceedings from the press gallery.
NAN also reports that there was a heavy presence of armed security personnel at the assembly earlier, prompting members to converge at the Speaker’s lodge.
Meanwhile, the Speaker, Dr. Acho Ihim, announced the appointment of the member representing Ikeduru, Dr. Uche Oguwike, as the new Majority Leader and Chinedu Offor as the new Deputy Minority leader.
Ihim also replaced the Chief Whip with Arthur Egwim, representing Ideato North.
The speaker said the action was in a bid to get over the “intrigues and counter intrigues” in the house.
He said the former principal officers were relieved of their duties before their resignation following a request by the APC in a letter signed by the state Chairman, Hilary Eke, calling for their recall.
Addressing journalists at the lodge, the minority leader of the House and representative of Ahiazu Mbaise, Ken Agbim, said the lawmakers were acting in defence of democracy.
Agbim described the presence of armed military and police officers at the assembly as an “attack on democracy”.
According to him, the legislators had sought clarifications from the executive regarding the 2018 budget, which was presented to the assembly on December 28.
He said: “We needed some clarifications from the Executive concerning the budget and it is clear our questions did not go down well with the governor (Owelle Rochas Okorocha).
“We believe what happened today is an attack on democracy and for the first time in a long time, we are trying to ensure our nascent democracy does not suffer.”
He also urged the state government to give the legislators the opportunity to work for their people, lamenting that they had been unable to execute constituency projects in their areas.
Agbim, however, stressed that they were not fighting with the state government but to ensure that things were done the right way.
NAN recalls that all the legislators boycotted the presentation of the 2018 appropriation bill on November 28.