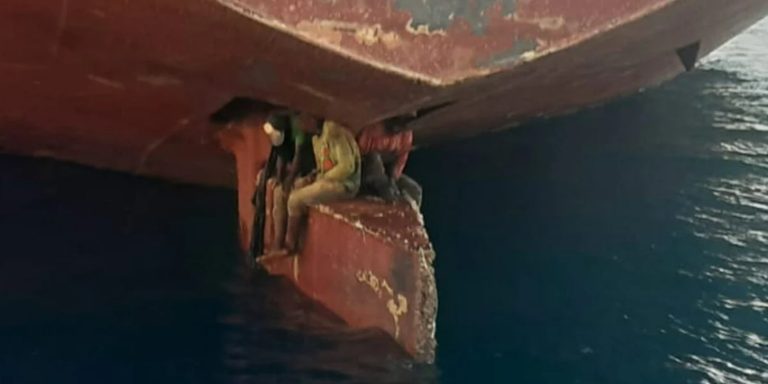 The Spanish coastguard said it rescued three migrants stowed away on the rudder of a ship that arrived in the Canary Islands from Nigeria.

In a photograph distributed on Twitter by the coastguard on Monday, the three stowaways are shown perched on the rudder of the oil and chemical tanker Althini II. 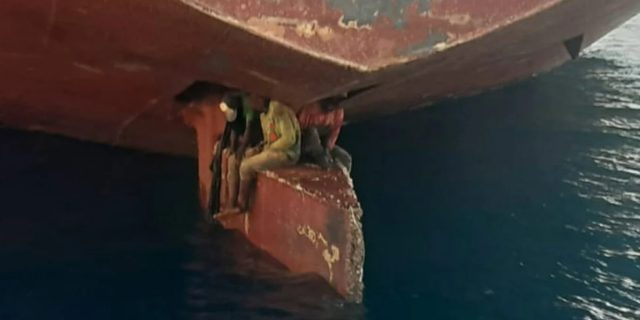 The Althini II arrived in Las Palmas in Gran Canaria on Monday after an 11-day voyage from Lagos in Nigeria, according to Marine Traffic, a ship-tracking website.

The migrants were taken into the port and attended to by health services, the coastguard said on Twitter.

The Spanish-owned Canary Islands are a popular gateway for African migrants attempting to reach Europe.

Spanish data shows migration by sea to the archipelago jumped 51 per cent in the first five months of the year compared to a year earlier.