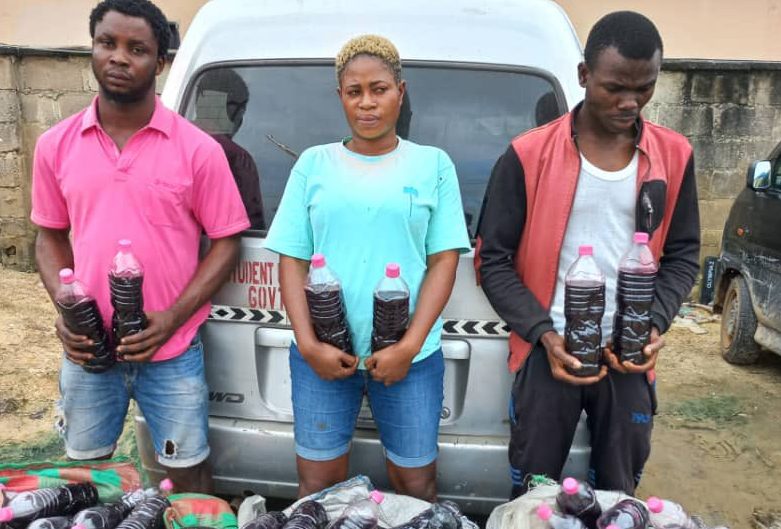 Operatives of the Lagos State Police Command have nabbed three persons with 150 bottles of skuchies.

This was disclosed by the spokesman of the Command, SP Benjamin Hundeyin, on his Twitter handle on Monday.

Skuchies is a cocktail of drugs, a combination of Cannabis Sativa, Tramadol tablets of 232kg category, cough syrup with Codeine, Swifnol and Zobo among others.

The suspects, two men and a lady, were arrested inside a mini bus in Igbo Agowa, Ikorodu area of Lagos State.

Hundeyin gave the names of those arrested with the drink as Francis Friday, a male aged 30; Kemi Adeyemo, a female aged 35; and Nonso Orji, a male aged aged 22.

He said the arrest of the suspects started with reasonable suspicion and a search of the bus, which yielded the dangerous drug.

He added: “Investigation is ongoing.