Though Governors, lawmakers were in Aso Rock, APC meeting was virtual — Presidency

The Presidency has defended President Muhammadu Buhari over the allegation that he used the Nations’s resources and facilities for hosting the National Executive Committee meeting of his party, the All Progressives Congress.

The Presidency’s defence was contained in a statement by the Senior Special Assistant to the President on Media and Publicity, Mallam Garba Shehu, on Sunday.

The Presidency, which admitted the presence of some state governors elected on the platform of the party, under the aegis of the Progressives Governors Forum, and some members of the National Assembly in the Council Chamber, used for the Federal Executive Council meeting, said the bulk of those at the NEC meeting attended online.

Shehu said: “It is necessary that we put records in their correct perspective concerning the recent meeting held by the National Executive Committee of the All Progressives Congress, APC, which has, unfortunately drawn criticism due to lack of understanding.
The stubborn opinion held by the critics of the administration is that President Muhammadu Buhari had called a political meeting in the “hallowed” chamber of the Federal Executive Council, as if there is a law that says the President is barred from holding meetings in certain sections of the vast Presidential Villa.

“Since the President lives in the Villa, no one can, legally speaking, choose or dictate to him where he can sit to hold meetings. So, what is wrong in the President presenting himself before a camera and a TV screen in a digital conference at a given location within the Villa?

“Just for the sake of the argument, this meeting, we say emphatically, was not convened at the Council Chamber. It was virtual, not a physical meeting.

“Why was it a virtual meeting? The idea was to observe social distancing in view of health concerns. Knowing how small the conference hall of the party is, social distancing would only have been observed in the breach.

“President Buhari was billed to address the meeting from his office (just any of his offices) and chose the Council Chamber where the digital facilities are located, and other members, including the bulk of National Executive Committee members, state party leaders and members of the National Assembly were all linked using video conference calls. You saw them all on TV.

“Yes, it is true that Governors and leaders of the National Assembly joined the President from the Chamber from where he spoke. But the larger body of the members in attendance were all connected via video calls.

“Do not forget that these are not the normal times in view of the COVID-19 circumstances in which we have found ourselves. President Buhari placed health and safety above courtesy to the party by not going to its headquarters.

“In the end, a wise thing had been done because the President wants to curtail the spread of the Coronavirus Disease.” 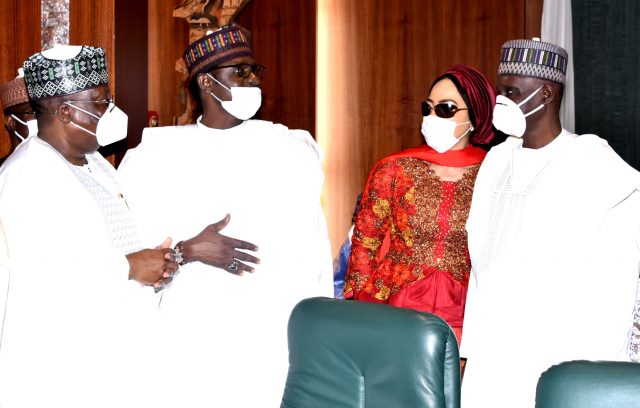 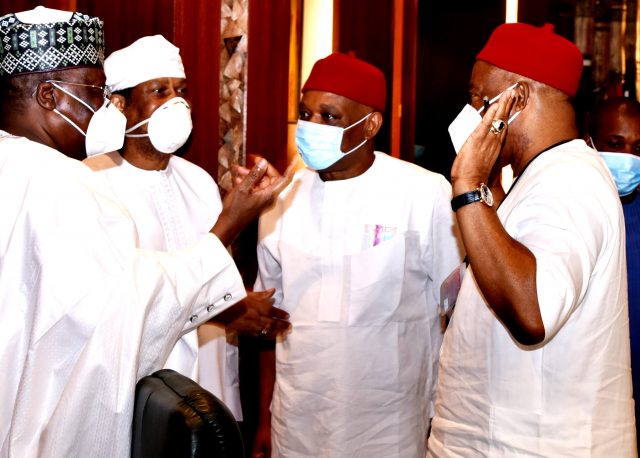 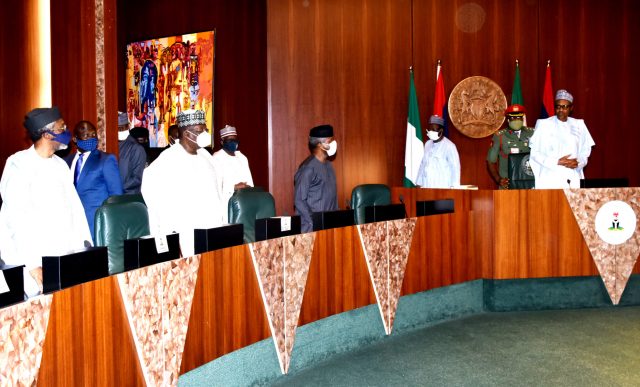 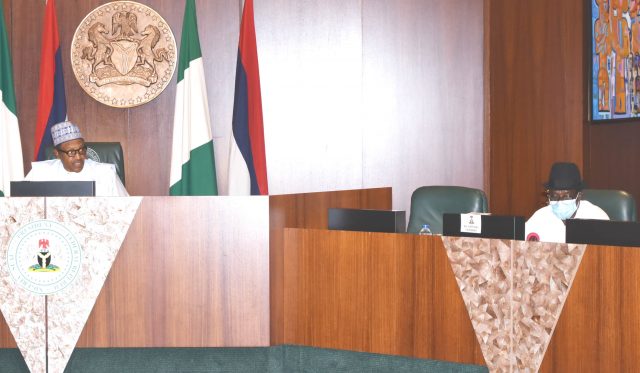 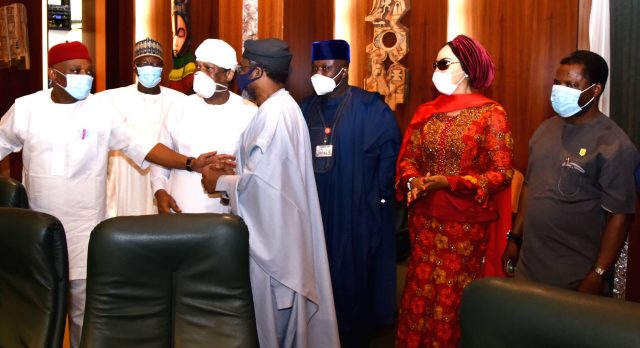