THISDAY reopened as Obaigbena bounces back, clears all outstanding 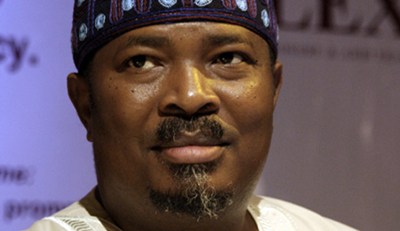 The headquarters of THISDAY newspaper in Apapa, Lagos State has been reopened following the clearance of the four months salary owed staff.
The Eagle Online gathered that the outstanding was paid on Tuesday afternoon, which resulted in the workers’ unions stopping the picketing of the company.
The picketing by the Nigeria Union of Journalists and the National Union of Printing, Publishing and Paper Product Workers commenced on Thursday.
The workers insisted that unless the outstanding salaries were paid, they would not return to work or allow any form of work go on in the premises.
Owing to this, the Chairman and Editor-in-Chief of the newspaper, Nduka Obaigbena, relocated the operations of the newspaper to Protea Hotel, Ikoyi and National Mirror newspaper, Lagos Island.
While the editorial staff operated from National Mirror, the Advertising unit and the management staff made use of Protea Hotel.
This enabled the newspaper to return to the newsstand from Saturday.
Obaigbena, however, bounced back on Tuesday when he cleared all the outstanding salaries.
But contrary to earlier media reports, The Eagle Online learnt from a management staff of THISDAY that Obaigbena did not take a N1 billion from the Publisher of National Mirror, Barrister Jimoh Ibrahim, to settle the outstanding salaries.
Obaigbena was said to have raised the money from other sources.
It was gathered that National Mirror did not even grant THISDAY the grace of publishing with it without paying upfront.
A management staff of THISDAY told The Eagle Online: “How could Jimoh Ibrahim have granted our publisher a N1 billion loan when his company, even on the first day of the impromptu relocation to his office, could not grant us credit facility to print till the next day?
“It was so bad that even the staff of National Mirror, the graphic artists especially, demanded for tips after we have paid all that was due to the company officially before working on our newspaper.
“They would not touch our job until we paid every dime and even give what we later came to term official tips to the graphic artists.”
It was gathered that Obaigbena and other management staff of THISDAY were in a meeting with the leadership of the NUJ and NUPPROW as at press time.
It was learnt that the management of the newspaper house called the meeting to sort out all other areas of friction with the unions.
The other areas of friction include withholding of staff contributions to the cooperative society and non-remittance of staff contributory pension fund.