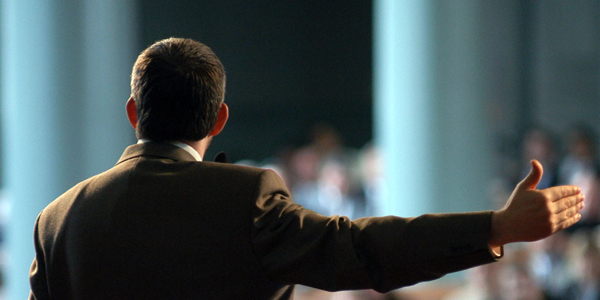 To be the wife of a pastor or General Overseer of a church is not a tea party.
This is why a babe must give serious thought before walking down the aisle and saying: “I do” with a holy man.
These men of God are so damn busy that they hardly have time to ball their wives.
What is marriage if there’s no sex? Beats me!
It’s worse if the church is a new one and the pastor is trying all he could to ensure it grows and stabilises.
This sort of pastor may probably have one or two assistant pastors, but he’ll also be scared shitless to leave them in charge of too many things.
Why? Silly question: the money of course!
These days, to cajole congregation into coughing up tithes and offering is not easy. The economy is getting harsher and chewing our arses harder.
This is why in churches, you’ll hear pastors calling for all sorts of donations, beginning from N10,000 down to N1,000. Likes it’s a sort of auction. Naturally, it depends on the church.
Some churches start their call from N1 million; yes, our God is not a poor God. Nobody cares where the money comes from.
After shouting himself hoarse, I don’t think he would fancy his assistant pastors helping themselves to some of the money.
This is what is obtainable in most churches these days. Frauds and embezzlements.
Anyway, back to my discussion: yes, this pastor is determined to ensure his church grows, believe me, balling his wife, no matter how pretty she is, will be last thing on his mind.
He’ll spend hours counselling his members, while his home, which needs counselling more, suffers. The wife gets more lonely and may become withdrawn or snappish.
The things on his mind would be planning of different church programmes. These programmes are part of efforts to raise money.
There are several wives of pastors going through this phase. Poor sex hungry, lonely women. Their husbands are busy preaching fire and brimstones, while their sex starved wives are busy masturbating. Some of them shrivel emotionally and begin to take out their anger on members. Snapping at every imagined slight or problems. Yes, sexual frustration can do that to you.
Hello pastors, you need to start balling your wives every time. Once a week, once a month is not cool. Even the once, you pour your holy water faster than a faulty tap and start snoring, unaware that your woman hasn’t reached the pearly gate of orgasm.
You plunge her into further sexual hunger, leaving her clitoris fretting. To you, missionary style is the next best thing since the discovery of sliced bread.
Wake up bro, ball your wife and seek out innovative sex positions. I can help you!
I’m strolling through this lane because I heard a woman crying bitterly that her husband, a GO, hardly ever makes love to her.
The guy leaves home early and comes back late. Once he comes home, he eats and falls into the bed, instantly asleep. He’s not playing possum. The guy is beat.
And the wife happened to be a fair complexioned beauty. She’s not just pretty, she’s also very young.
You guys know how the sexual adrenalin and hunger of the younger generation used to roar, seeking for satisfaction. I know. I’ve been there. I don’t know if I’m still there…Ha! Ha! Ha!
I really don’t know, but do you guys think the pastor ought to have put his wife first before the church? Would it be like putting his wife before God?
There are some pecks that come with being the ‘mummy’ of the church anyway. As the wife of the GO, you’re treated like a goddess.
But hell, who wants to be a goddess when the core is begging for a shaft to be buried inside it? Even goddesses need sex!
I never knew sex was so freaky important until I saw that babe bawling her eyes out. Just messing with you guys; I know it’s important.
Don’t get me wrong; it’s not as if I didn’t know the power and influence of sex in our lives or relationship, but to be bawling over lack of it…?
I guess the most painful aspect of the whole set up was the fact that the pretty lady was desperate for a child.
The marriage had not been blessed with a child. This is part of what pains her. How on earth can they make a baby when the special water irrigation that ought to water her fallow land is never there? Each time the land gathers grasses, she weeds them in expectation. Yes, most guys don’t like bushes in case they want to go down on their babes. But the pastor didn’t notice.
. To be continued next week.