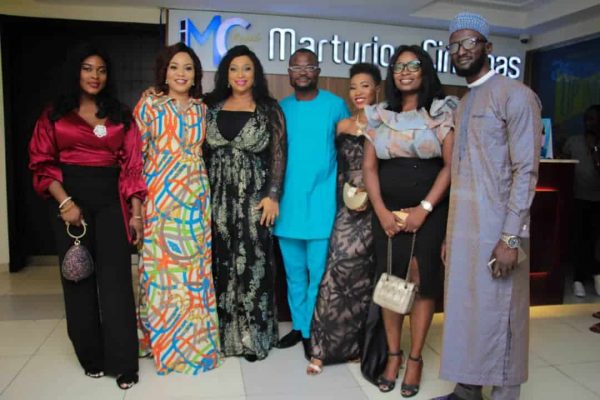 Featuring A-list actors like Toyin Abraham, AY, Funky Mallam, Omo Ibadan, Broda Shaggi and Shirleyann Ede, The President, a Nollywood movie, is currently gripping cinema goers with its humorous twists to political intrigues in Nigeria.
The movie is a parody of power-play in Africa’s most populated country.
Themed: “The controversial election,” and coincidentally hitting the cinemas in this general election period, The President creates pun, exploiting the vigour of its highly humorous cast to dramatically bring comic relief to Nigeria’s overheated polity.
The comedy movie premiered last Friday at the Marturion Cinemas, Lekki, Lagos State.
In attendance were cast members, including Funky Mallam, Omo Ibadan and Shirleyann Ede, among other notable personalities in Nollywood and the business world.
The movie was produced by Shirleyann Ede.
It was shot in Abuja, the seat of power, and using imageries with real life semblance, it scores a high point in making its audience relate with the story and intended satire.
The movie tells a story of an incumbent president who interrupts a football game to declare his intention to run for a second term.
Several issues spring up to threaten his ambition as the cunning and hilarious game of politics begins to unfold.
He must listen or ignore the advice of his cabinet to determine if he would lose or win the election against a formidable opposition party.
The President is currently in cinemas.

Yung6ix condemns MI for not promoting his music career