The politics of Tinubu obsession, by Azu Ishiekwene 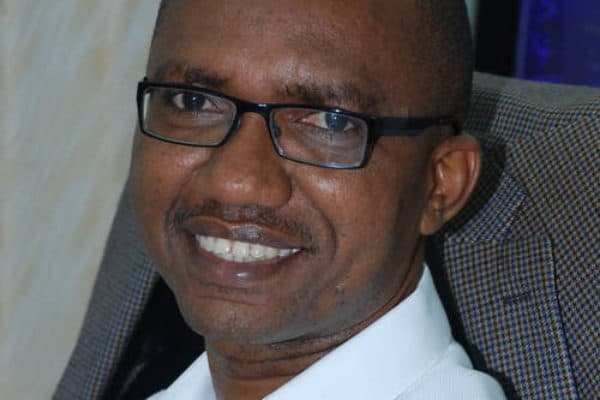 The National leader of the All Progressives Congress, Asiwaju Bola Ahmed Tinubu, has very strong enemies and a few of them would not wait for him to die before burying him. As soon as there were indications last week that President Muhammadu Buhari had withdrawn support for APC National Chairman, Comrade Adams Oshiomhole, the floodgate of attacks opened.

Apart from its obvious collateral damage, Oshiomhole’s ouster was scrutinised and interpreted for the worst it could mean politically. It has since been widely celebrated as the ultimate proof that the relationship between Buhari and Tinubu has broken down irretrievably.

Tinubu, not Oshiomhole, was the target of the attacks. From the apocalyptic terms in a number of the articles, it was as if the long-awaited, long-coveted and long-overdue end had come for Tinubu.

At last, they said, Tinubu has been thrown under the bus. The man who sold the South-west to the Northern slave-masters has met his Waterloo. The betrayer of the Yoruba cause has met his foretold end.

Every empire ultimately declines and now the sun has set on the Tinubu political empire, never again to rise. The man so long blinded by ambition and selfish interest, has met his comeuppance. Save your tears: It is finally over or if not, it’s definitely the beginning of the end!

Is it really? I suspect that those who are anxious to see Tinubu’s political decline – for real and imaginary reasons, and more imaginary than real reasons, to be honest – may be disappointed to hear that the end is not yet near. It’s not even close, and I’ll tell you why, if you’ll suspend your rage for a moment.

We’ve been here before. In the days of the Alliance for Democracy, when that party controlled all the six states in the South West, former President Olusegun Obasanjo launched a no-holds-barred attack that led to the hijack of five of the six states for the People’s Democratic Party, with only Lagos left standing for AD.

Obasanjo succeeded, to a large extent because AD governors genuinely believed his pitch that the only way to mainstream the Yoruba, was to accept that in the new political kingdom, the sheep and the lion could lie side by side again.

But it really wasn’t about mainstreaming, was it? Obasanjo was being mocked as a stooge of the North, who failed to win even his ward in the election that brought him to power in 1999. So, it was not about mainstreaming. It was the wounded lion fighting back in sheep’s clothing.

Sadly, five South-west governors bought the mainstreaming lie and were consumed. Obasanjo left Tinubu for dead. The man lived not only to tell the story but to lay a foundation which virtually turned Lagos into the last surviving stand of progressive politics, from where four of the hijacked states were reclaimed one by one.

It’s easy to forget now or to underestimate the risk Tinubu took against the vicious tide of the ruling PDP that wanted to take Lagos at all costs. But had Obasanjo and the PDP succeeded, we would be living in a different Lagos today and the map of South-west politics would be significantly different.

The floods came again in 2011. By this time, the AD was dead and the core replaced by the Action Congress of Nigeria. During the administration of former President Goodluck Jonathan, Tinubu faced a three-count charge at the Code of Conduct Tribunal for allegedly operating foreign accounts between 1999 and 2007 when he was governor of Lagos.

The political undertone of the trial was unmistakable. After Jonathan won the elections in April 2011, PDP hawks who felt Tinubu breached a last-minute political deal with Jonathan (even though insiders felt Tinubu had, in fact, given too much) advised the government to move against him out of spite and fear.

To teach Tinubu a lesson, Jonathan’s government threw the kitchen sink at him, hoping that the shards of broken glasses and table knives would cause enough bloodletting to put him out of action, possibly in prison, while they move in to dismantle and take over his political base. Again, it seemed the end had come. It was no joke. I recall the trial judge saying he was under pressure to follow the government’s script.

In the end, however, the man was set free and what seemed like the end for him, turned out, in fact, to be the beginning of the end for the Jonathan government.

A few months after Tinubu’s acquittal, massive public protests erupted in January 2012 over the mismanagement of trillions of naira in petrol subsidies by the Jonathan government. The protests, later compounded by Boko Haram insurgency, would eventually lead to the fall of that government three years later.

If 2011 revealed anything, it was that the myth about Tinubu being a Northern stooge is slightly overwrought. It was also a lesson that both Buhari and Tinubu would learn. After Buhari’s three failed consecutive attempts at the presidency in spite of his popularity in the North, he came to accept, or was compelled to accept, that his fourth attempt would be fatal without Tinubu.

On his own part, after what he had been through at the hands of Jonathan, Tinubu also had to accept that if he didn’t support Buhari in 2015, he would be fried – done for – in Jonathan’s second term. It’s therefore not a slave-master relationship as often conveniently and simplistically explained: It was real politics, a matter of mutual survival for both men and their core supporters.

The genius that produced that defining moment is still active. It’s being tested, yes; but the outcome cannot be foretold, underestimated or written off.

In all the talk about fiscal federalism and restructuring, which interestingly has won latter day converts like Obasanjo, no state has done more than Lagos under Tinubu, to use the law courts as instruments to claw back substantial autonomy for states in areas that, if properly explored, would improve their viability and financial independence.

And while many states still can’t get over their dependence on Abuja, this same Lagos derided as Tinubu’s ATM, generates more internal revenue than 26 states combined, according the report by the National Bureau of Statistics for last year released in May.

Of course, the imminence of Tinubu’s political death has ebbed and flowed with the fallouts with some of his protégées, the most high profile of them being former Governors Babatunde Raji Fashola and Akinwunmi Ambode, over second term tickets; not to mention the constant snipping from the conservative Afenifere rump of the old AD.

These battles and rumours of battles in his inner circle have taken their toll on Tinubu. But far from being the death knell which some think, hope, or pray it is, Tinubu’s capacity to survive, to come through and get even stronger, should serve as a cautionary tale.

There are few, very few presidents who after a decade of leaving office still wield any influence. In Nigeria you can count them on the fingers of one hand. There are even fewer governors who after 13 years of leaving public office still continue to spawn the kind of influence and authority that Tinubu brings to the party, not to mention his nearly insane appetite for risk.

It’s not just about money only; it’s also about tea leaf reading – a gift that Tinubu possesses and uses in far greater measure than most. It’s about strategic thinking, planning and execution. It’s the courage to pick yourself up and get on with life even when things don’t go your way as it happened during the governorship election in Ondo State four years ago, and would doubtless happen again in future.

Because of his significant role in forming the APC, Tinubu is easily a scapegoat whenever anything goes wrong there. Yet those who know, know that it’s not always true or fair to blame him, except for those who have made Tinubu-bashing a sport.

In the current crisis, for example, if the APC secretariat had accepted Tinubu’s suggestion to fill the position of deputy chairman South with Abiola Ajimobi early on, instead of squabbling over whether it should be Ekiti’s or Oyo’s turn to fill the gap, the Victor Giadom pestilence which brought the party to its knees could have been avoided.

The party is in its present mess not because Buhari fell out with Tinubu, but because politicians who want to ride both sides of the road dragged the car into a ditch. We’ll have to wait for the outcome of the party’s next convention to know if the vehicle is damaged beyond repair.

The obsession with Tinubu and the relentless predictions of his political death boil down to one thing: suspicions that whatever he is doing now, he is pulling the strings to run for president in 2023. I don’t see how or why that ambition is a crime.

Politics is about interests, an aggregation of self- and group-interests. And a number of Tinubu’s harshest critics in play today can’t even stand for and win ward elections, never mind consistently being in the forefront of consequential politics at the state and national levels over one decade after leaving public office.

He is without a doubt, the most influential politician in the South-west today and one of the most strategic in the country. Mark my words, Tinubu’s political death is exaggerated.

No politician who intends to serve, not even Tinubu, should get a soft pass. They should, and must at all times, be held to account for what they have done, what they’re doing or what they plan to do. And there’s room to do that through debate and contest for ideas, not by obsession and mudslinging.

Hating or wishful thinking is not a substitute for strategy.

. Ishiekwene is MD/Editor-In-Chief of The Interview.