The North East: Which way forward?, by Hassan Gimba 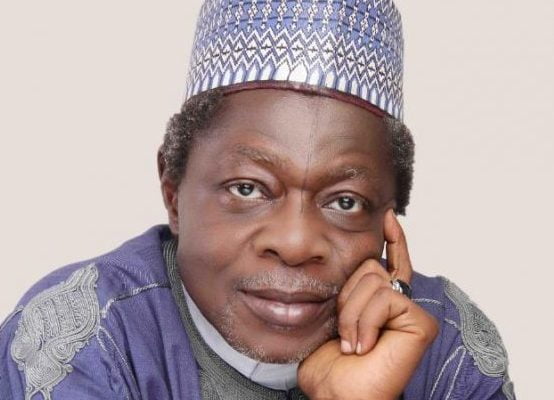 The North East came into existence on the 5th of May, 1967 when, in his bid to check the influence of Odumegwu Ojukwu in the East, General Yakubu Gowon created 12 states out of the four regions in the country.

On the 3rd of February, 1976, General Murtala Ramat Mohammed divided the monolith North Eastern state into three – Borno, Bauchi and Gongola. These three states were further divided into six. From Borno we got Yobe, Bauchi gave birth to Gombe and from Adamawa came Taraba.

From a part of the Northern Region to an independent state, the North East, which now boasts of six states, has always been number one among its peers in almost all aspects of human endeavour – but from the rear.

But we all know that education is the foundation upon which individuals, communities, nations develop. Without it, no barriers can be broken.

When you look at the health sector, we have the least number of tertiary hospitals and research institutes in the country.

We have dilapidated infrastructure and a poor road network with a lot of hinterlands unopened, so our farmers have limited access to urban markets. There is currently no functional railway network in the whole of the North East.

All these have not helped because insecurity, fuelled by the Boko Haram insurgency, has ravaged the zone.

Despite all these disadvantages, we have the potential to feed the nation. We have some of the best agrarian fields in the country, with a plateau that boasts of the best temperate climate around.

We have produced some of the best brains in the country. The Golden Voice came from here. The North East has produced great technocrats, captains of industry, politicians and statesmen that have contributed to making Nigeria a great nation.

What many cannot understand is that it is the North East that has given stability to a political North that allows such to be translated into national stability.

In 1978, a son of the North East, Malam Adamu Ciroma, despite being arguably better qualified, embraced a North Westerner to form the central government. When the opposition wanted to destabilise the government of Alhaji Shehu Shagari, Alhaji Waziri Ibrahim, a North Easterner, stood against that.

By joining the government of General Sani Abacha in 1993, Ambassador Babagana Kingibe yanked the carpet from under the feet of those who wanted to destabilise the nation because of the annulment of the June 12 elections.

One of the greatest North Easterners of all time is Alhaji Atiku Abubakar. A true democrat if ever there was one. He, more than almost everyone, has deepened our democracy through seeking court pronouncements to restore his rights after his falling out with his then principal, President Olusegun Obasanjo, and many other democratic actions. He has pushed us towards democratisation and the acceptance of democracy.

Even though the North West and North Central are bigger than the North East, the zone has always acted as the big brother for peace to reign. Politically, we have always given in to the two other zones to produce the president.

This is not because of incapacity. No, we have always at all points produced capable people who could steer the ship of state successfully and to the satisfaction of all. We have always given in to maintaining our bond and ties. We view all as our brothers and we love being our brothers’ keepers.

We have never cried over this. While others may want to see it as marginalisation if it were them, we see it as a unifying gesture. But now is the time for them to reciprocate.

The North East should henceforth mobilise and sensitise people on the fact that it is now its turn to produce the next president.

Another sound argument is that we have capable hands that can take this nation forward. We have them: those who will be fair to all and have the nation at heart; those who will give everyone their rights; those who can turn around the fortunes of this nation and make it into the great nation that it ought to be.

But we should not mouth such an agenda as a slogan. We have to be deliberate in working for it and working towards it. We have to start by empowering ourselves. Those with the opportunity to empower people should do so; those empowered owe it as a duty to build up others.

Some of the senior North Easterners have done so – building institutions and businesses that would take many people off the streets and thus cutting down on the recruitment base of insurgents and perpetrators of violent crimes.

Our political stakeholders must, as a matter of urgency, look into our political recruitment process. Governors should not be afraid of having capable hands in the houses of assembly in their states. A situation where nitwits, instead of brilliant young chaps, are pushed to the legislature will not augur well for our present and future development.

When a governor recruits those brilliant minds, they don’t take his glory away because he remains “His Excellency” in the state and any success must be linked to his name, but he gets them to apply their God-given resources to work for the people, the state and the region. They also learn the fine points of politics, leadership and governance which will prepare them for service to the people at local, state and national levels.

By surrounding themselves with such good heads, the governors and other political office holders will provide good leadership not only now but also in the future.

This is, however, a short, medium and long-term plan.

From now till 2023, we must mobilise the North East to know that the presidency should come here. Not for any personal gain, but because taking Nigeria out of the woods has once more fallen on its shoulders.

Once more?, people ask. Yes, once more, is the answer. The North East is the hub of northern politics. Northern politics that reached out to dominate national politics started in this zone. The discussions for the formation of the Northern People’s Congress (NPC) which culminated in its fruition in Zaria, started in Bauchi.

The first political party in Nigeria, the Northern Elements Progressive Union (NEPU) was founded in Bauchi and its intellectual fountain was Sa’ad Zungur. Malam Aminu Kano keyed in because he was a teacher in Bauchi then. We should also not forget Ibrahim Imam and his Borno Youth Movement.

Perhaps we do not want our brothers from the North West and North Central to think because Nigerian politics started in our zone, that’s why we want to Lord it over them. And so we always bend backwards for them.

The North East is the richest zone in the country. The exploration of the Mambila Plateau will reveal one of the most natural resources endowed areas of the world. Apart from that, we have many other natural resources that can turn any nation into an economic superpower if harnessed.

We have had Mali and Songhai empires not to talk of the thousand-year-old Kanem Bornu empire. The Adamawa Kingdom is transnational.

When you look at it from the angle of national unity, the bulk of those who fought to keep Nigeria one were also from the Northeast.

Therefore, a North Easterner coming out of such an endowed region will be a blessing to the entire nation.

As we leave this hall, we should all disperse into the nooks and crannies of this blessed country and call all to join us in producing a leader who will salvage this country. Tell them there is a Northeasterner that can.

*Being a speech delivered by Hassan Gimba, publisher of Neptune Prime online newspaper and magazine, chairman Northeast Publishers’ Forum, as the Guest Speaker at the 6th Annual Awards and Recognition Night of the Northeast Star magazine