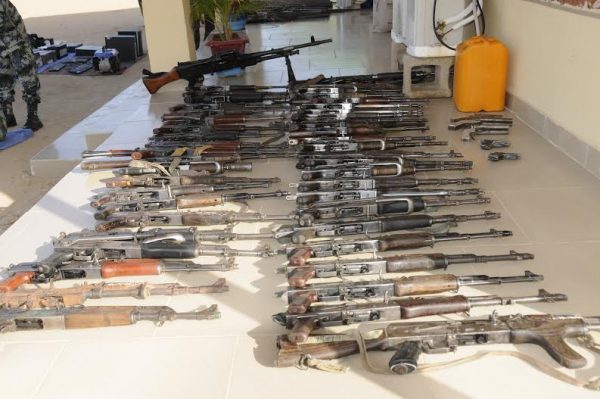 When the media waves throbbed with the breaking news of a  Private jet seized in South Africa last week for smuggling the sum of $9.3 million cash, into that country, we were not surprised especially
when the ownership of the private jet with US registration number N808HD was eventually disclosed.

The jet which landed at Lanseria International Airport, Johannesburg, on September 5, 2014 from Abuja with the huge amount stashed in three suitcases had to be temporarily impounded while its monetary contents were offloaded and seized by the country’s Customs officers for the reason of illegality.

The Muslim Ummah of Southwest Nigeria (MUSWEN) had long suspected that a controversial aircraft owned by a controversial cleric through a
controversial means could only be meant for a controversial mission such as the one now generating a global controversy.
According to the details of the news about the arms deal, two
Nigerians and an Israeli who were caught for using the jet in question to smuggle the huge amount of money were interrogated by South African
security officials and they confessed that the money was meant for the purchase of weapons for Nigerian security agencies.

Sensing corruption (with which most Nigerian officials are globally known) especially when the huge money was concealed in three plastic boxes and not formally declared, the South African authorities decided
to seize it saying its volume as well as its smuggled manner
contravened the law of their country.

And in a seemingly jittery reaction, aimed at wading off the
embarrassment from the illegal deal, the federal government of Nigeria admitted the ownership of the money without giving reason for bypassing the Nigerian security officials in awarding such a contract.

And subsequently, the President of the Christian Association of
Nigeria (CAN), reluctantly admitted the ownership of the controversial jet after about two weeks of pressure and insinuations from the press.
Offering an official but untenable explanation on the dubious deal,
the Aviation Minister, Mr. Osita Chidoka, told Nigerians that the CAN president had leased the jet to another party, thereby trying to underplay the role of CAN President in the use to which his jet was illegally put.

That attempt to exonerate the owner of the jet in such a shady
business which could not have been transacted without his knowledge and consent obviously betrayed the Minister’s knowledge of the office he occupies. At least we are aware of the existence of a Nigerian aviation law that bans the leasing out of a private jet for a commercial purpose. Was the Minister feigning ignorance of this law?

The episode which came up in form of a shocking dramatic conundrum has since generated a fierce controversy as usual, either on the basis of shameless ethnic affiliation or that of religious opium. Incidentally,
the main casualty in this case is the image of Nigeria which the
federal government has always claimed to be concerned about.

Now, many pertinent questions are begging for answers. Some of them are as follows:

1.Who authorized the purchase of weapons for Nigerian security
agencies through unofficial people with non-involvement of those who
will utilize the weapons?

2.When did the Nigerian law banning the use of private jets for
commercial purposes change?

3.What is the relationship between clerical mission and government
contract particularly in such a sensitive sector?

4.If it is true that the federal government actually awarded the
contract to whoever was involved, what was the reason for wanting to
make payment of such purchase in cash?

5.And how can one reasonably distinguish between that illegal deal
and what is generally called ‘gun running’ in military parlance?

6.Isn’t there a linkage between that deal and the clandestine
sponsorship of Boko Haram insurgency by certain religious leaders with

hidden agenda? MUSWEN had severally called the attention of the nation about the role of some Christians in that devilish insurgency as in the case of Bauchi and Osun State. But the government has curiously
pretended not to hear of it.

Meanwhile, the explanations made so far by some government officials
as well as ‘rental criers’ on the shameful and debasing deal in South Africa have rather raised further questions without answers.

More embarrassing in this case is South Africa’s rejection of
Nigeria’s official explanation on the seeming shady deal which
culminated in the confiscation of Nigerian money by South African
government. In a nutshell, this episode, combined with the recent revelations by Dr. Stephen Davis of Australia, has not only exposed the hidden agenda behind Boko Haram insurgency, it has also confirmed the grand desperation of some mercantile clerics to wreck Nigeria by all means in the name of religion.

MUSWEN therefore warns on the implications of sweeping this dangerous scandal under the carpet and calls on the federal government to exhibit transparency in this case by allowing an independent body to
probe the scandal and to come up with a punitive measure against any culprit if only to prove that an official patronage is not being surreptitiously granted to some criminal elements in the country who
are walking the streets in the cloak of religion.

As bona fide citizens and stake holders in Nigeria, we are neither blind nor deaf to unfolding dangerous trend aggravating insecurity in
Nigeria as we have regularly pointed out and we believe that posterity will bear witness to our undeniable concern. God save Nigeria!

A new case for a Commonwealth based on trade, by Muhammadu Buhari