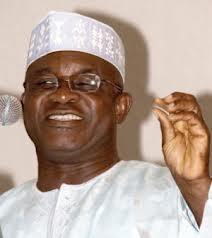 The President of the Senate, Senator David Mark, on Tuesday assured the hierarchy of the Czech Republic parliament that terrorism will soon become history in Nigeria.
Mark, who gave this assurance when he met with the President of the Senate of the Parliament of the Czech Republic, Milan Stech, and other principal officers of the parliament, said the operations against militants in Adamawa, Borno and Yobe States will ensure the end of terrorism.
Mark said: “The operation is being handled well and sooner than later terrorism will soon become part of our history.
“We are conscious that fighting terror is difficult because of factors that dwell on human rights and collateral damages.
“But the operators of emergency that has been introduced in the area will bring terrorism to its end.”
Noting that Nigeria has played the role of ensuring stability in Africa, Senator Mark said Nigeria has always been a home to all Africans, expressing regrets however that the nation came under attacks from misguided extremists.
“This trend became escalated by the situation in Mali, Niger, Libya and Chad but the Federal Government tried to curtail this through appeal and other carrot approaches but this did not quite succeed until the introduction of emergency rule,” he said.
He told the Czech parliamentarians that the National Assembly will continue to create legislative instruments that will deepen democracy.
Earlier Stech had sympathized with the Nigerian Government over the Boko Haram attacks.