Tension in Plateau as community raises alarm after sighting gunmen 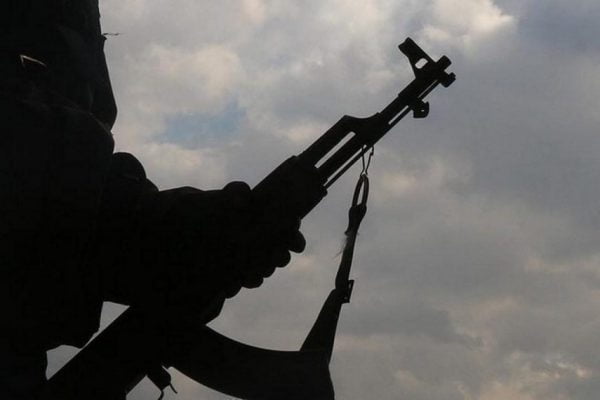 There is palpable tension in Wase Local Government Area of Plateau State over looming threat of attack on the Taroh ethnic nationality by alleged mercenaries.

The spokesman of the community, Sunday Miri, raised the alarm in a statement as claim of sighting armed men emerged.

The Taroh community, under the aegis of NIO Wase Branch, on Wednesday in the statement urged security agencies to redouble their efforts in nipping in the bud the impending threat.

Miri warned against suppressing the truth, adding: “Taroh Nation will no longer take any rumors of such magnitude for granted, owing to the previous antecedents where such rumours turned out to be true.

“You will recall that an alarm was recently raised by the Chairman of Langtang North over alleged planned attack against Taroh land.

“He called on security agencies to come to the rescue of the people.”

According to Comrade Miri, who is the Secretary General of the Association: “A week later, a response came for from some Youths in Wase condemning his utterances and called for his arrest as he was branded an agent of destabilization.

“Another group under the auspices of Plateau youth stakeholders also repeated the call by Wase youths and called the Chairman names.

“As a body, we watch closely and we are monitoring events as they unfold.

“About a month ago, after dispelling the rumours, incident of kidnapping happened around Gimba-pin axis in which a Fulani house wife was kidnapped with her child by these same mercenaries or bandits.

“Attempts by local vigilantes and locals to rescue the woman led to several deaths.”

Miri called on security agencies to step up strategies not to allow another bandits’ threat to occur around the area, expressing fears that it could result to another ethno-religious crisis in Wase and the southern zone of Plateau State at large.

He said: “We are happy that the Chairman of the council and the Emir of Was did not hide anything about the activities of their bandits.

“The security agencies, we learned were able to make some arrest and even recovered some stolen items. We implore them to sustain the momentum and to ensure that no bandit(s) exist within Pinauanf Bangalala axis.

“We are very suspicious that the (bandits) have established bases along the Plateau/ Taraba border.”

Miri called on the communities living along the areas, especially the Taroh speaking tribe, to cooperate with the security forces by giving them useful information to enable them effectively contain the growing menace of bandits in Wase LGA.

While assuring that Tarih community will rest at nothing to expose any strange character in their domains to security operatives, the association equally called on government to support the security personnel by adequately providing them necessary assistance to enable them execute their roles effectively.

A source equally claimed that the attack had already started.

He said: “I am on my back from Usula and Udough communities.

“There are 10 dead bodies massacred gruesomely, swollen at Udough Village.

“The rest eight yet to be buried.

“We saw Fulani militia, more than 50, with assorted ammunitions.

“As they advanced and discovered it was soldiers, they retreated.

“The soldiers too withdrew for more re-enforcement and necessary action.