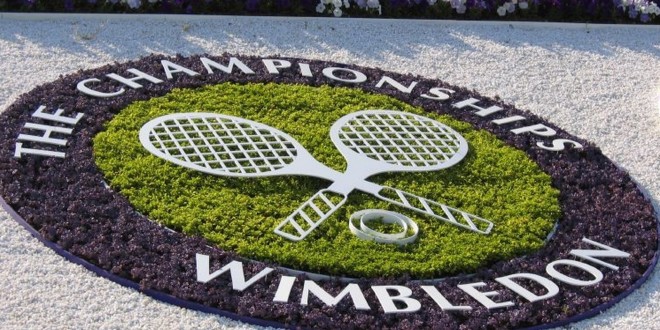 The Championships 2020 have been cancelled due to public health concerns linked to the COVID-10 pandemic, the All England Club announced in a statement on Wednesday.
“Uppermost in our mind has been the health and safety of all of those who come together to make Wimbledon happen – the public in the UK and visitors from around the world, our players, guests, members, staff, volunteers, partners, contractors, and local residents – as well as our broader responsibility to society’s efforts to tackle this global challenge to our way of life,” read the statement, posted on the official Wimbledon website.
Wimbledon had been due to take place between June 29 and July 12 this year, but the 134th edition of the tournament will now take place between June 28 and July 11, 2021.
“These considerations are particularly related to the concerns brought about by mass gatherings and the strain on the medical and emergency services, as well as movement and travel restrictions both within the UK and around the world,” continued the statement. “With the likelihood that the Government’s measures will continue for many months, it is our view that we must act responsibly to protect the large numbers of people required to prepare The Championships from being at risk – from the training of ball boys and girls to thousands of officials, line judges, stewards, players, suppliers, media and contractors who convene on the AELTC Grounds – and equally to consider that the people, supplies and services legally required to stage The Championships would not be available at any point this summer, thus ruling out postponement.
“Following a series of detailed deliberations on all of the above, it is the Committee of Management’s view that cancellation of The Championships is the best decision in the interests of public health, and that being able to provide certainty by taking this decision now, rather than in several weeks, is important for everyone involved in tennis and The Championships.”
Wimbledon has previously only been cancelled due to World War 1 and World War 2, with 1945 being the last year in which the event was not held.
This year, the tournament will now turn its efforts to fighting the coronavirus pandemic.
“We have begun distributing medical equipment and offered the use of our facilities to the NHS (National Health Service) and to the London Resilience Partnership, the collection of agencies in London fighting the battle against COVID-19. We are working with the local authorities in Merton and Wandsworth, particularly on food distribution, and we are distributing food supplies through our partnership with City Harvest,” the AELTC stated.
“Our charity, the Wimbledon Foundation, is offering funding support to our local communities through our partnership with the London Community Foundation, and more broadly for the London and UK population through our partnership with the British Red Cross, the Foundation’s emergency response charity.”
Defending champion Simona Halep, who lifted her second Grand Slam trophy in SW19 last year, wrote on social media: “So sad to hear @Wimbledon won’t take place this year. Last year’s final will forever be one of the happiest days of my life! But we are going through something bigger than tennis and Wimbledon will be back! And it means I have even longer to look forward to defending my title.”