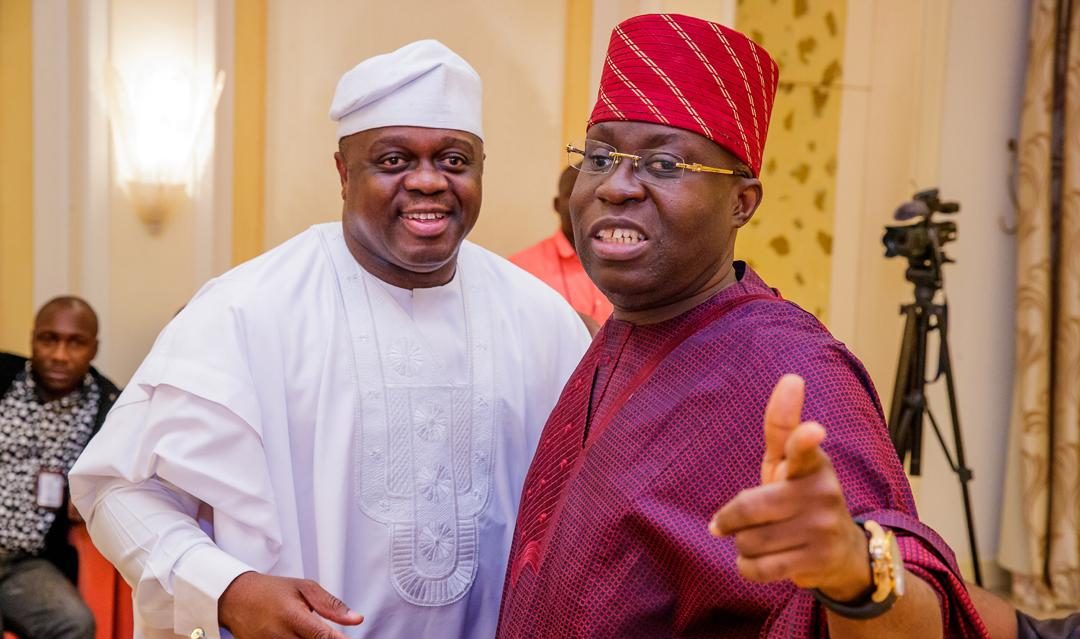 Senator Lanre Tejuoso from Ogun State, who was among those announced to have defected from the All Progressives Congress on Tuesday by the President of the Senate, Dr. Abubakar Bukola Saraki, made a surprise appearance on Wednesday at the meeting President Muhammadu Buhari had with senators elected on the platform of the APC at the Presidential Villa in Abuja.
Tejuoso, while introducing himself to Buhari, said: “Mr President, your son has returned home.”
Tejuoso had after the announcement that he had defected to the PDP, taken to his Twitter handle, admitting that although he had left the APC, he was yet to decide on his political future.
Another shock appearance at the meeting was Senator Shehu Sani, who has been having a running battle with his State Governor, Nasir el-Rufai, and who was reported to have dumped the APC.
Also at the meeting was Senator Adesoji Akanbi (Oyo South), who also on Tuesday was said to have defected from the APC.
He emphatically denied the list of defectors as dubious the following day, saying he remains a member of the APC.
Those who attended the meeting included Adamu Aleiro, Bala Ibn Na-Allah, Aliyu Wamako, Ibrahim Gobir, Kabiru Marafa and Abu Ibrahim.
Others were Kabiru Gaya, Barau Jibrin, Abdullahi Gumel, Ahmed Lawan, Ali Ndume, Abubakar Kyari, Baba Kaka Garbai, Aliyu Abdullahi, David Umaru and Abdullahi Adamu.
George Akume, Francis Alimekhina, Andrew Uchendu, Magnus Abe, Ovie Omo-Agege, John Enoh, Nelson Effiong, Andy Uba, Sunny Ugboji, Hope Uzodinma, Ben Uwajimogu, Yusuf Abubakar and Oluremi Tinubu were also in attendance.
Other senators at the meeting were Gbenga Ashafa, Solomon Adeola, Tayo Alasoadura, Ajayi Boroffice, Yele Omogunwa, Fatima Rasaki, Olanrewaju Tejuoso and Yahaya Abdullahi.
Saraki was, however, conspicuously absent. 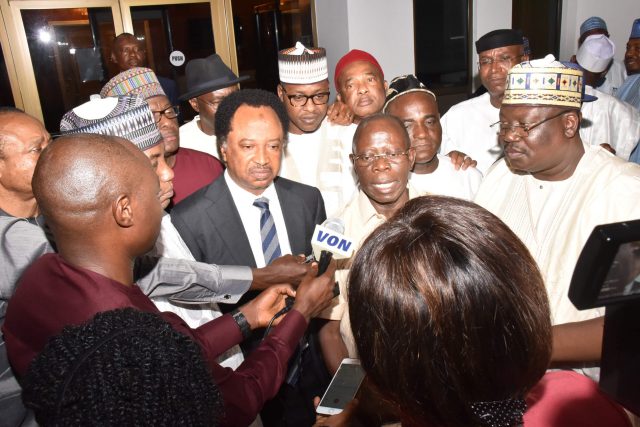 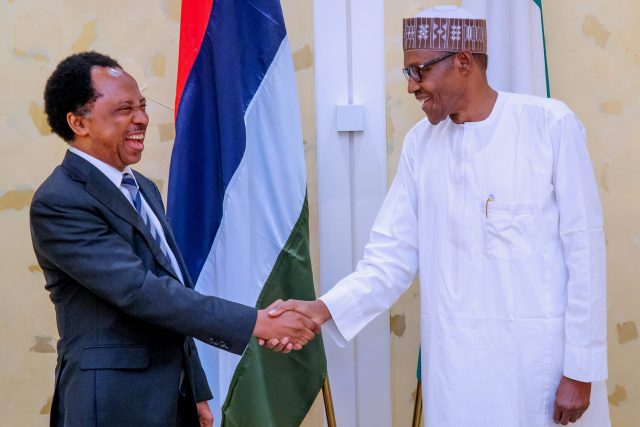 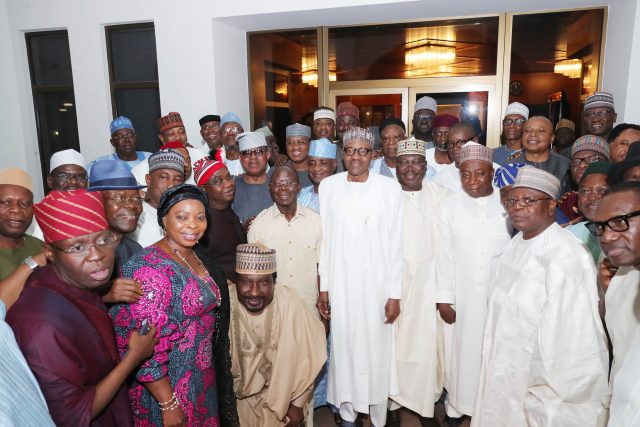 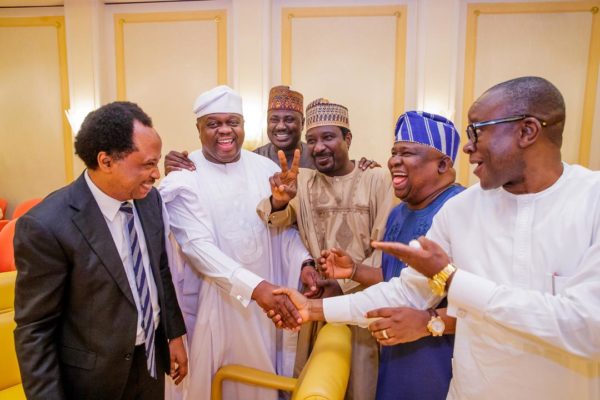 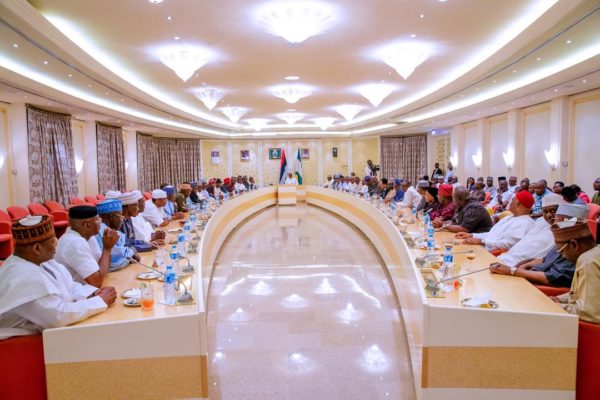