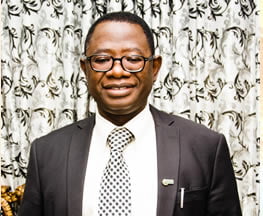 Ayobami described Adeaga’s emergence as mark of his commitment to the progress of the council as well as to the development of Ibadan land.

He said the peaceful manner in which the election of the new executives was conducted also shows that it values enlightened democratic process.

In a letter he addressed to Adeaga, dated April 5, 2021, Salami, who is a 2020 recipient of the Most Distinguished Indigene of Ibadan, noted: “On behalf of the visitor, council, senate, management, staff and students of the First Technical University, Ibadan, I heartily congratulate you on your emergence as the president general-elect of the esteemed and highly impactful Central Council of Ibadan Indigenes.

“Your election is good news not just towards the consolidation of the prominent place the CCII occupies in the scheme of things nationally and internationally, it is also a promise towards greater things to happen to our ancient and beloved city in terms of development.”

The VC also commended Adeaga and other contestants for the sportsmanship they demonstrated before, during and after the election.

He said: “We are glad that you emerged through a transparent electoral process, an indication that the CCII is, apart from establishing itself as a bastion of socio-cultural development, also helping to entrench democratic ideals.

“It is also heart-warming that you have already extended a hand of continued fellowship and oneness to other contestants in the poll even as they too are demonstrating the spirit of sportsmanship.

“Based on your antecedents and agenda, we are very hopeful that your tenure will guarantee more progress and break new grounds for the Council. May the Lord grant you the good health, strength and wisdom to lead the CCII to profoundly greater heights.”