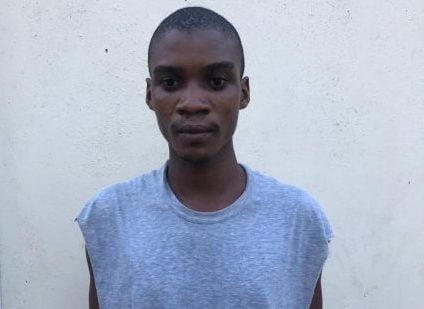 The Nigerian Police has launched a manhunt for 27-year-old man, Joe Agrema, alleged to be behind the abduction of some political delegates returning from a parley of the Taraba State Governor, Darius Ishaku, in Jalingo, the state’s capital.

Agrema was alleged to be part of several gangs which seized the ongoing crisis in Tiv/Junkun communities to start killing and kidnapping for ransom.

Police also disclosed that Agrema has led his gang to carry out several assassinations.

Agrema and his men were accused of intimidating members of several communities into contributing money towards their welfare and paying for their arms and operations.

Agrema’s kid brother, Felix, who introduced himself as a student of Adamawa State Polytechnic, is among suspects arrested for their involvement in alleged kidnappings, assassinations and murders.

He vividly recalled the day his elder brother led the kidnapping operation of the political delegates.

Felix said: “I have taken part only in one kidnap operation with Joe.

“Joe is my elder brother.

“I got to know he was a criminal last December when I came home during the Christmas celebration.

“I used to see so many rough looking men around him whenever he came home.

“There was a time he sent me to collect some guns from his girlfriend.

“In March 2020, I joined him in kidnapping some Tiv delegates, who were on their way home after visiting the Governor in Jalingo.

“We blocked the expressway using army uniforms and abducted the delegates.

“The sum of N7 million was paid before they were released.

“I bought a car with my own share of the ransom.”

They were arrested by Operatives of the Inspector-General of Police Special Intelligence Response Team in an operation led by the head of the Unit, a Deputy Commissioner of Police, Abba Kyari.

But abductions of politicians is not the only crime Joe and his partners’ in crime have been accused of.

The Police alleged that the gang has carried out several assassinations in Southern Taraba.

The suspects were arrested following the deployment of a crack team of IRT operatives to Taraba to quell the rising spates of kidnappings, armed robbery and assassinations, which trailed the recent clash between Jukun and Tiv people in Southern Taraba.

It was gathered that several gangs were formed at the peak of the Junku and Tiv crisis, which broke out in December 2019.

These different took to arms and ammunition and were soon hired by warring communities.

A Police source stated: “One of the most vicious gangs formed at the wake of the crisis was headed by Joe Agrema, who is yet to be arrested.

“He has under his command a large army of boys.

“Members of his gang have carried out countless kidnappings, armed robbery and assassinations within Southern Taraba State.

“Joe, who is from the Tiv tribe, grew so notorious and became highly feared by the Jukun people and his Tiv tribesmen as he regularly intimidates them into paying security money to him.

“He used to kidnap or kill anyone, who fails to pay or speaks against his activities.

“Members of different communities and his victims wrote petitions to the Inspector-General-of-Police, Adamu Mohammed, pleading with him to look into Joe’s activities and bring him to book.”

According to the Police source, the IGP, acting on their petitions, deployed IRT operatives to trail and arrest Joe and then cripple his empire.

Two weeks after the IRT Operatives started their investigations, they arrested five of Joe’s men, including his younger brother and two informants.

“The Police said the informants’ job was to find out about rich victims and bring such information to Joe.

One of suspects, Daniel Ihyar, from Gassol Local Government Area of the state, said he had a fall out with Joe and was no longer a member of his gang.

“Ihyar revealed Joe had plotted to kill him because he left his gang to form his.

He said: “I joined Joe’s gang during the Jukun and Tiv crisis, which broke out last year.

“Joe is from Dan Anancha area of our local government.

“He has a camp inside the forest.

“His method of operation is to come out with his men to kidnap or kill a target.

“He has killed so many people, including one Caesar who challenged him.

“He also tried to kill a man on admission in Dan-Anancha General Hospital, but the target was lucky.

“He got information Joe was coming for him and escaped.

“I fell out with Joe after he sent me to my community, Diyan, and asked me to tell my people to raise the sum of N300,000 for him.

“He said that he needed the money to buy guns.

“My people are afraid of him and usually do whatever he demands.

“He threatened to deal with my people.

“A few days later, he brought some of his men to my community and kidnapped a man from Cross Rivers State.

“After that incident, I stopped working with him.

“I formed my own gang, using one of the revolver pistols my community bought for me during the crisis.

“I started robbing people on the highway.

“Joe learned about it and started plotting to kill me.

“Some of his boys, who were loyal to me, told me about his plan.

“I was trying to stay away from him when police came to arrest me.”

Another suspect, Saheed Yakubu, 20, a member of Joe’s gang, a Fulani by tribe, was born in Gassol LGA.

He’s a fashion designer and got to know Joe through some friends.

He said: “I’m one of Joe’s informants.

“My job is to monitor events for him.

“On the day he sent his boys to kill someone at the General hospital, he called and asked me if I heard what happened.

“I replied in the affirmative.

“He then instructed me to go to the hospital and confirm the identity of the man who was killed at the hospital.

“I did as he instructed; when I got to the hospital, I was told the person killed has been taken to the police station.

“I went there and confirmed the person’s identity.

“He wasn’t the target.

“When Joe’s men arrived at the hospital, they ordered everyone to lie face down.

“When they were leaving, one of those asked to lay face down raised his head to see their faces.

“He died before Joe’s men left.

“I relayed all information to Joe and he asked me to trace the dead man’s family.

“When I got there, I called him; he said he wanted to speak with one of the deceased’s relatives.

“He spoke to one of them and explained that it was one of his men that killed their brother.

“He promised to foot the bill for the deceased’s burial.

“Joe also sent me to monitor a man known as Menassara, who he wanted to kill.

“I was yet to complete the assignment before I was arrested.

“They were all Tiv natives.

“VC was chairman of the youths.

“Joe said Avarume supported Junku people during the crisis while he was the youth leader.

“He killed Moses and VC because they were saying bad things about him. 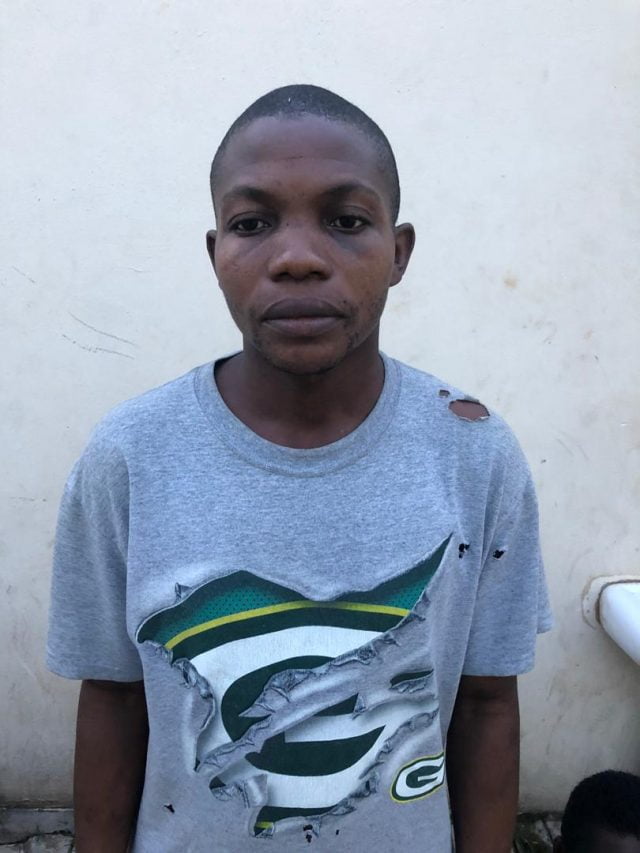 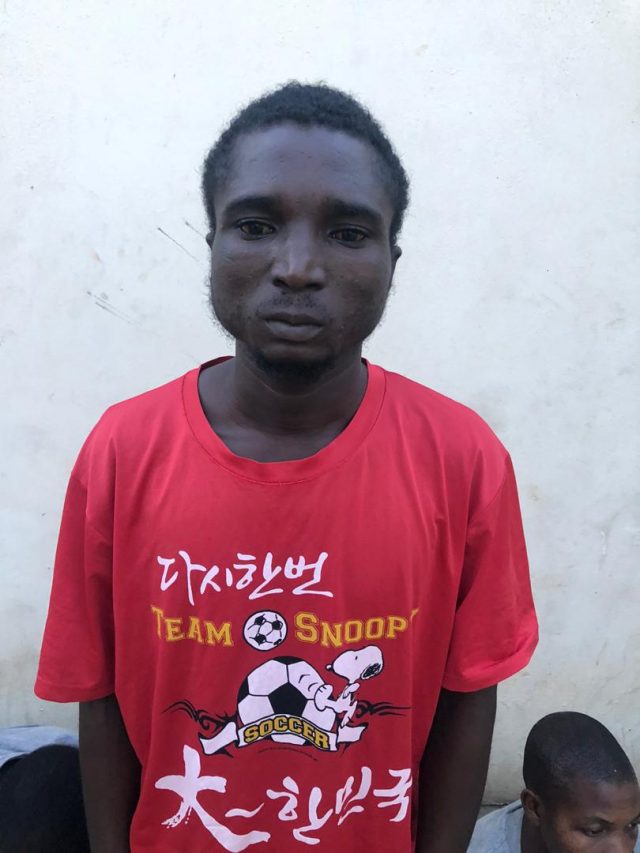 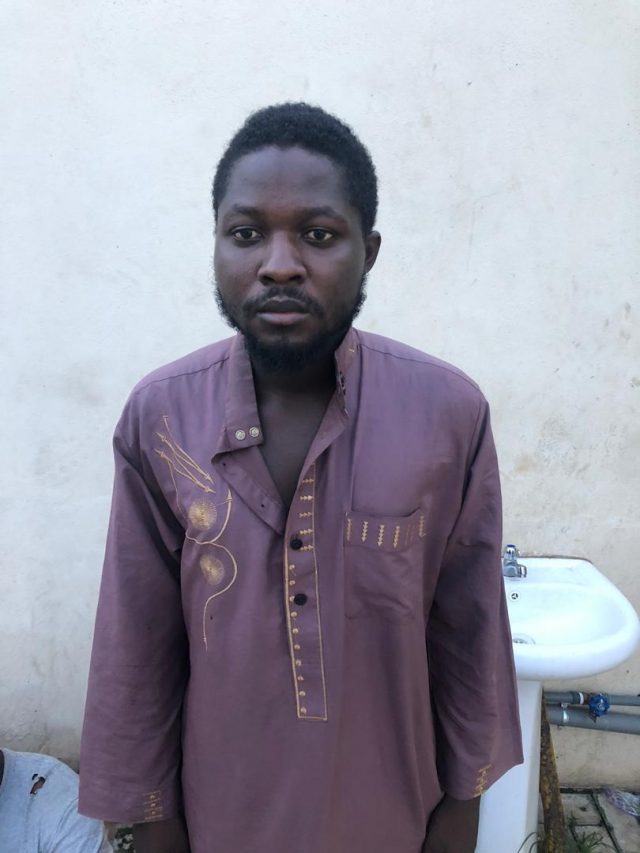 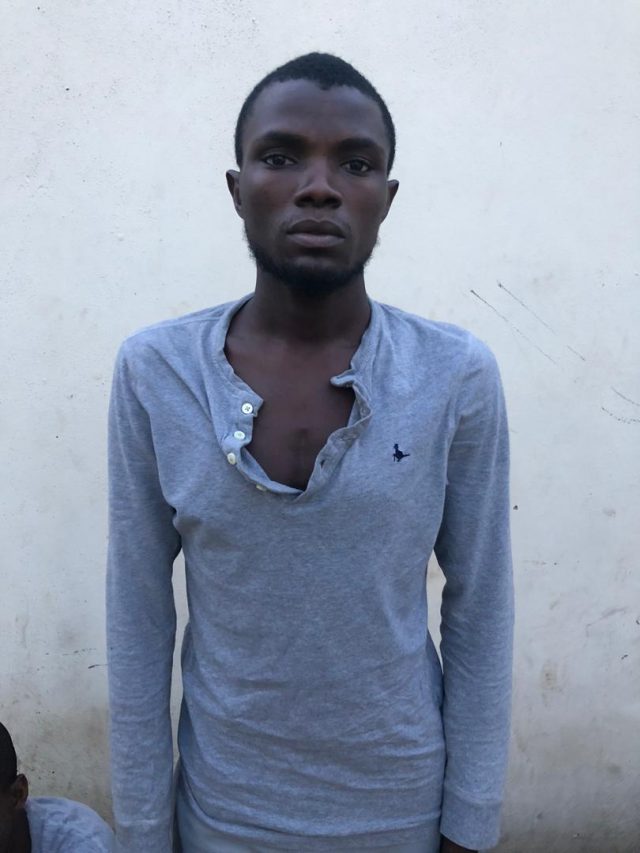