Tammy Abraham: Mourinho taught me to be a ‘monster’ 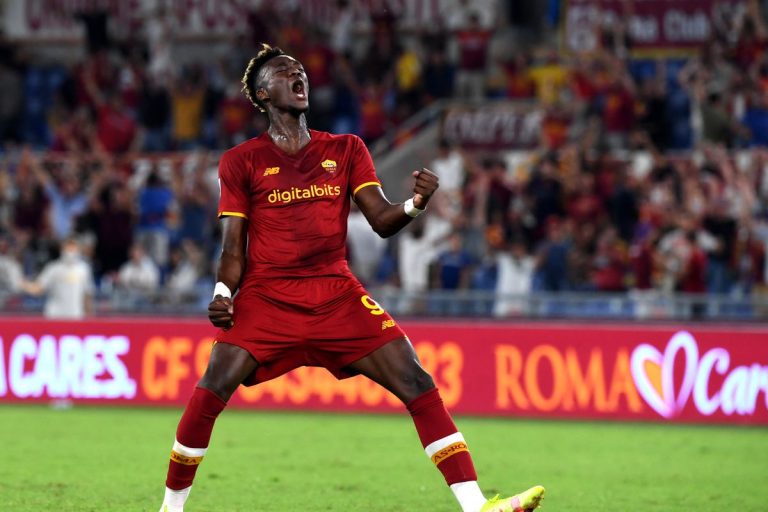 Roma striker Tammy Abraham has revealed the biggest thing that Jose Mourinho has taught him is to be a “monster” and stop being too “nice” on the pitch.

Abraham took the plunge and severed ties with boyhood club Chelsea in the summer in search of more regular playing time. Roma won the race for his signature in a €40m transfer and he has become a key starter for ex-Chelsea boss Mourinho.

The 24-year-old’s performances in Serie A have earned him a recall to the England squad this month and he credits Mourinho, who has previously had great success with powerful number nines like Didier Drogba and Diego Costa, with bringing out a new side in his game.

“Just be a monster really!” Abraham is quoted as saying by Sky Sports when asked how Mourinho has improved him. “I think one of the things he said was I was too much of a nice player and that you have to show that aggressiveness as you’re getting older as a striker.

“It’s not always about being nice on the pitch. You need that character, you need that presence to frighten defenders and I think that’s something I’m learning and getting better at.”