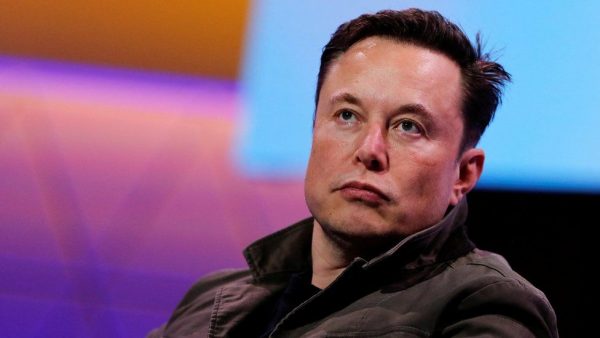 Twitter shares have been suspended following a report that Elon Musk will proceed with a takeover of the social media platform.

Musk is set to buy Twitter at the original price he offered months ago before he walked away from a deal, sources told US media.

Shares in Twitter were up almost 13 per cent before trading was halted.

Musk was due to face Twitter in court later this month after he tried to pull out of the takeover.

But reports said he sent a letter to Twitter this week offering to honour the terms of the original deal.

Musk, a prolific Twitter user with over 100 million followers, had offered to pay $54.20 per share for the company in April. The agreement valued the social media platform at roughly $44bn.

At the time the billionaire, known for his impulsive style, said he wanted to clean up spam accounts on the platform and preserve it as a venue for free speech.

But he balked at the purchase just a few weeks later, citing concerns that the number of fake accounts on the platform was higher than Twitter claimed.

Twitter denied the accusations and sued Musk to force the deal to go through.

The back-and-forth came amid a sharp downturn in the value of technology stocks, including Tesla, the electric car company that MMusk leads and is the base of much of his fortune.

Twitter accused Musk – the world’s richest person with a net worth of more than $220bn – of wanting out because he was worried about the price.

The fight between Musk and Twitter, which was scheduled to go to trial 17 October, saw the two sides face off in lengthy court filings, private messages and bitter public spats on Twitter.

In one public exchange, Musk responded to Twitter boss Parag Agrawal with an emoji for fecal matter.

Preparation for the trial had ensnarled many of the biggest names in tech, as lawyers for the two companies demanded communications about the deal.

Musk, who could have paid a $1bn break-up fee to walk away, was set to be interviewed ahead of the trial this week.

Some industry watchers, who were taken by surprise by the development, questioned whether the latest twist was a concrete offer or a delay tactic.

Twitter shares had been trading below $43 apiece at the start of the day.

“Being forced to do the deal after a long and ugly court battle in Delaware was not an ideal scenario and instead accepting this path and moving forward with the deal will save a massive legal headache,” he wrote in a report after the news.

But he added, that Musk’s ownership of the platform, a top venue for politicians and journalists to spread news and opinion, would still likely cause a “firest

Elon Musk has for months now been trying to get out of this deal.

In doing so he has argued that Twitter is full of bots.

He has said on multiple occasions that Twitter may have many times more fake accounts than it admits to.

By making these claims he has helped to tarnish the reputation of the company.

Advertisers are nervous – they want to buy ads that are seen by humans, with wallets, not bots.

So for Elon Musk to then offer to buy the company again, at the initial price, seems bizarre.

‘It suggests he thinks a judge might force him to move forward, having already signed a deal.

Twitter is reportedly looking at Musk’s offer closely. Musk’s behaviour in this deal has so far been erratic. Could this be a legal strategy to delay a court case?

A Musk Twitter takeover would almost certainly mean a new person in charge of the company. BBC