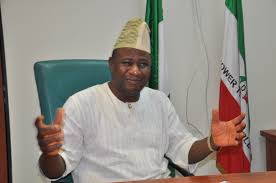 A member of the House of Representatives, Hon. Olusegun Odebunmi (Oyo-PDP), on Thursday attributed the lingering fuel supply crisis in the country to “system failure”.
Odebunmi, who is the Chairman of the House Committee on Information and National Orientation, told newsmen in Abuja that the crisis was not the fault of the Minister of State for Petroleum, Dr. Ibe Kachikwu.
He said: “The truth is that it is not the making of the Minister of State for Petroleum.
“The problem is that the system is collapsing, may be because of lack of trust in the system.
“As a stockholder in the system, I have been in the system for up to four years, Nigerians know that we don’t refine oil.
“We only import.
“So the moment there is a break in the importation of fuel, Nigerians will suffer for it.
“But the present administration in exhibiting lack of trust and belief, has caused this problem for Nigerians.
“So this problem is man-made by those people in the system.
“During former President Goodluck Jonathan’s tenure, a lot of those that are in the system now were always shouting that the money given to oil subsidy was too much.
“Now coming on board with the new government, they want to look for ways to reduce the money.”
Odebunmi explained that Nigeria had up to 15 million cars plying the roads on daily basis and that if 10 litres of petrol was allocated to each car, total daily fuel consumption by Nigerians would be known.
But he said that in a system where people “think the amount used for importation of fuel is too much and then looking for ways to reduce the amount, things will not work.”
He, therefore, advised the Federal Government to allow those who know how to run the petroleum sector to do the work.
According to the lawmaker, politicians should step aside a little bit so that the carrier officers in the Nigerian National Petroleum Corporation can do their work.
He said: “The control is getting too much.
“Let us think of how to solve this problem before any other thing.
“Nigerians are suffering and in pains.”
Odebunmi said it would take another one week for the fuel queues across the country to reduce and appealed to Nigerians to be more patient.
On the state of the economy, Odebunmi said there was the need for the diversification of the economy, recalling that the issue had been on for the past five years.
He said: “In the last administration, we clamoured for added value chain to our agricultural sector and by the grace of God, we were able to achieve a little.
“Nigerians were asked to go back to the farm and harvest cassava, which they did.
“But at the end of the day, it rotted away because there was nobody to buy the product.”
Odebunmi said though there had been intention by the present administration to diversify the nation’s economy, there had not been any policy put in place to guide it.
According to him, Nigerians are ready to go back to farming, but the policies and how value be added to the agricultural products are the issues.
He said: “Is the government ready to take these products from farmers?
“That is the major thing.
“There are no clear policies on this.
“The government should have a system where even the peasant farmers can sell their produce to the government.
“Look at the Fulani people who we get milk from cow, they end up using it to make milk cake (wara) because they can’t sell.
“The best way is to have a design where they can deposit their farm produce.
“With that, the people are encouraged to go back to farm.”
On the 2016 budget controversy, Odebumi commended President Muhammadu Buhari’s insistence on getting the details before appending his signature.
He added that it was a step in the right direction, but pointed out that the President should not expect to receive the document the way he submitted it on December 22, 2015.
He said: “The President’s demand for the details of the 2016 budget is in a good direction.
“He is right for requesting for the details and now that the details have been transmitted to him, I believe he will sit down and do justice to it.
“He should be aware that the budget cannot get back to him the way he brought it.
“This is the only power given to the National Assembly to appropriate the various sector of the economy.
“So it is our duty.
“The only thing is that we will not change the direction of the budget.
“What I mean by direction is the thinking of the President.
“There are some things the President don’t even know that are in the budget because he did not prepare it himself.”
NAN.