Suspects: We were hired to attack ABU, kidnap students, lecturers 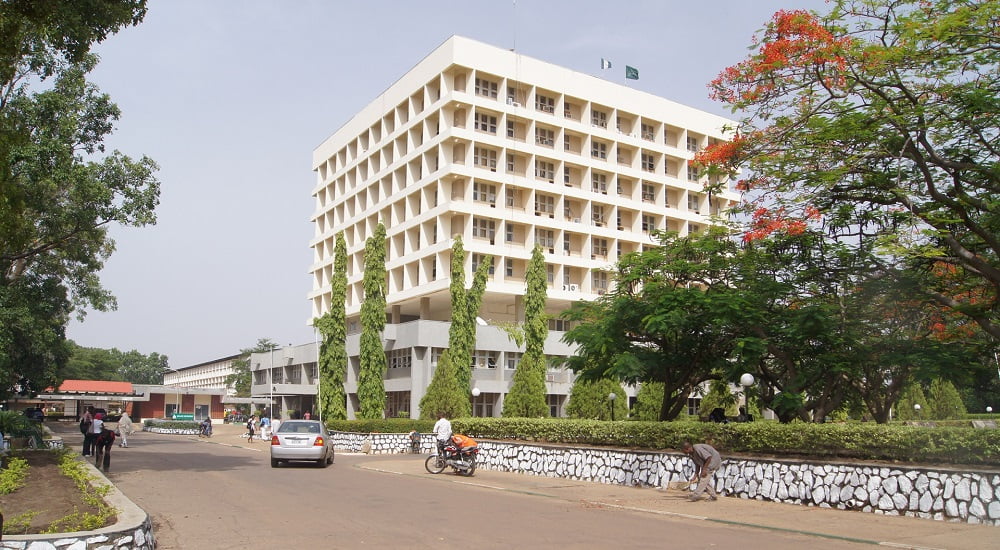 A suspected kidnapper, Abubakar Yakuku, 24, has revealed how he and some of his cronies were hired by a former Chief Security Officer (CSO) of Ahmadu Bello University Zaria (ABU), Kaduna State, to spread fear and kidnap students and lecturers of the institution for ransom.

Before the smashing of the gang by operatives of the Force Intelligence Response Team (IRT), headed by a Deputy Commissioner of Police (DCP), Mr Abba Kyari, the gang had carried out six kidnappings, including kidnapping of lecturers and professors.

Yakubu alleged that some lecturers and professors in the school were also part of those supporting them to create fear in the school in order to punish the new Vice Chancellor.

He explained that he and others were hired by the former CSO, Sheu Usman, to create panic in the institution by kidnapping students and lecturers for ransom. He said that Usman was angry because the new Vice Chancellor sacked him and refused to do some of the things they asked him to do.

Yakuku, a father of three children, explained that aside from riding motorcycles, he was also a cattle farmer. He further stated that he dropped out of primary school and immediately went into cattle farming.

His words: “In fact, it was the former CSO of the university, Sheu Usman that brought the job to us. He contacted me through Arbo Bello. We had a meeting, where he told us that he wanted us to cause panic in the university. He said that the VC wasn’t ready to work with them. He said that there were also lecturers and professors, who were not happy with the new VC.  They wanted insecurity in the school so that the new VC wouldn’t succeed. They told us nothing would happen if we started kidnapping people in the school.”

He recalled that six of them first attacked the school in September 2020, where they kidnapped two students, believed to be children of Dr. Abdulmumuni Ibrahim. The students were taken to the kidnappers’ den and held for 13 days.

Yakubu explained that before the lure of kidnapping came calling, he was happy being a commercial motorcycle rider and cattle farmer.

His words: “I bought four motorcycles and started operating around Samaru Town, ABU and ABU Teaching Hospital.  I used to make close to N3000 daily.  I went into kidnapping because of greed. It was a friend, Sanusi, who lured me into kidnapping. He told me that the motorcycling business wouldn’t get me much money. I joined the gang and we first kidnapped a pastor at Sabua Local Government Area. We also kidnapped Alhaji Mutariu; we followed him to his house and then kidnapped him. We held him captive at Kidandan Forest for four days. I don’t know how much the gang collected as ransom, but we had four AK47 rifles and I was given N30, 000 as my share of the ransom.  I bought food and clothes with the money, but I wasn’t there when the ransom was negotiated and paid.  We also went for another kidnapping at Kundu Village in Giwa Local Government Area. It was our informant, Ballo Ahudu Anale, who brought a job, where we kidnapped a man and took him to our camp. The man spent 11 days with us. I also do not know how much was paid as ransom, but N16, 000 was given to me as my share.”

Yakuku explained that their gang leader, Alhaji Layi, was the person who usually negotiated for ransom. The gang also kidnapped Hajiya Ramatu and her son at the BZ area, where they live. Mother and son were taken to the kidnappers’ den and held captive for 13 days.

“After ransom was paid, I was given only N30, 000 as my share. We went for another operation, where we kidnapped another victim at Area G. I was arrested while the victim was still in our custody. I was arrested at Biye Village, close to the teaching hospital while on my motorcycle. I was interrogated and my confessions assisted the IRT Operatives to arrest other members of our gang,” said Yakubu.

Yakubu was arrested along with two of his partners in crime, identified as Isaa Kabiru, aka Wicked and Abubakar Aliyu, aka Magiwa. One of the professors kidnapped is Professor Ibrahim Bako, working with the faculty of Medicine.

The gang further went on to kidnap another lecturer, Abdulmumuni Ibrahim, also from the Faculty of Medicine. Following a series of complaints over the incessant attacks, the school management petitioned the Inspector-General Police (IGP), Usman Alkali Baba, who instructed IRT to look into the escalating cases.

The police said: “During our investigations, we arrested Yabuku aka Dogo, who is a commercial motorcycle rider. He’s part of those that masterminded the kidnappings. According to him, a former CSO with the university, Sheu Usman Bello and Arbo Bello, invited him and his men to terrorise the university because the present Vice-Chancellor removed him from his position.”

Another suspect, Aliyu, 27, aka Maigiwa, married with four children, working as security guard with ABU, recounted: “I was not happy that Sheu Usman was sacked. He was not the only person sacked. I decided to join forces with them to destabilise the university. I was the person that monitored the movement of all the kidnappers in our university. I monitored three kidnappings and got N550, 000 for participating in the kidnappings.”