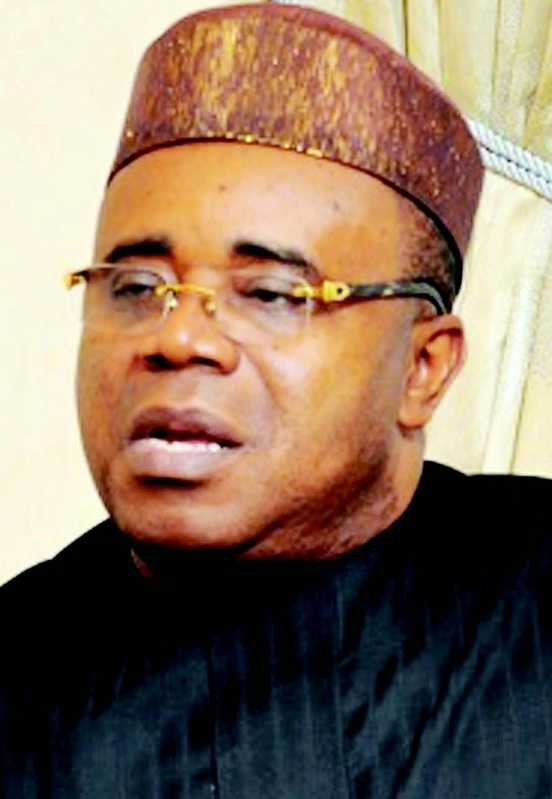 Some leaders and thugs of the Peoples Democratic Party in Akwa Ibom State have been fingered in the assassination of a House of Assembly candidate on the platform of the All Progressives Congress, Hon. Okon Joseph Uwah.

This was contained in a statement by the state APC.

The statement reads: “The All Progressives Congress, Akwa Ibom State chapter, has received with rude shock the news of the assassination of Rt. Hon. Okon Joseph Uwah, APC candidate for Ukanafun State Constituency in the April 11 elections, and a member of the Campaign Council of the Party.

“Uwah was assassinated on Wednesday by thugs of the Peoples Democratic Party in Nkek village during a unit tour of his constituency in Ukanafun Local Government Area.

“The party condemns the assassination ‘in the strongest possible terms’ and calls on relevant authorities, including the Police and the Directorate of State Security to apprehend and bring his murderers to justice.

“The party notes with the deepest concern that the foundation for Uwah’s assassination was laid at a PDP rally in Oruk Anam in February, this year when Hon. Emmanuel Ukoette, PDP member representing Ukanafun/Oruk Anam Federal Constituency, on live television, called on PDP supporters to kill whoever opposes the party in the state.

“Ukoette, who is seeking re-election, made this inciting statement in the presence of Governor Godswill Akpabio, who clearly endorsed it.

“Ukoette, without doubt, took a cue from Akpabio who had said on live television also last year that those who want to get power without his approval will die. Those who carried out the assassination yesterday, led by Hon. Effiom Abai, Ukoette’s campaign coordinator and current vice chairman of Ukanafun Local Government Area, must have done so spurred on by the inciting statements made by PDP leaders in the state, including Governor Godswill Akpabio. It would be recalled that Uwem Ita Etuk, Akpabio’s current Commissioner for Local Government and Chieftaincy Affairs, expressly said on tape that APC supporters who come out to campaign and vote for the party would be killed and maimed.

“We want it to be noted that Hon. Effiom Abai, who the led the murdering squad that assassinated Rt. Hon Uwah, is an aide to Prince Akpabio who nominated him for the position of vice chairman of Ukanafun.

“Capt Iniobong Ekong, Special Assistant to the Governor on Security and Hon. Enobong Uwah, Commissioner for Environment, have also issued a threat to kill APC supporters in Nsit Ubium, including the APC governorship candidate in the state and members of his family.

“Eyewitnesses to the assassination of Rt. Hon. Uwah said the killers invaded the venue of the meeting which Uwah was attending, bearing Hon. Emmanuel Ukoette’s posters and hailing him as their master. They reportedly shouted that Hon Uwah was going to pay for daring to oppose their master before setting upon the man and beating him to death.

“The APC has petitioned the International Criminal Court on the roles played by Governor Akpabio, Hon. Emmanuel Ukoette, Prince Akpabio, Uwem Ita Etuk, Capt Iniobong Ekong, Enobong Uwah and Hon. Abai on the assassination. The party wants these PDP chieftains to face justice over Uwah’s assassination, which is the latest in a long string of politically-motivated killings since this administration came into office in 2007. They should be held responsible for the assassination of Rt. Hon. Uwah and any future politically-motivated violence in the state.

“We would like to alert the court to the foundation which the PDP leaders in the state have laid for unleashing violence and bloodshed during the elections. Akpabio is clearly making good his threat that those who oppose him will die. “As a mark of honour for late Hon. Uwah, the governorship campaign rally of the party, earlier scheduled to take place in Ini Local Government Area, has been cancelled.

“Hon Okon Uwah was the Deputy Speaker of the Akwa Ibom State House of Assembly between 2007 and 2011 and Chairman of Ukanafun Local Government Area from 2005 to 2007.

“Before his illustrious career in politics, Rt. Hon Uwah worked as a banker with Citibank, Lagos. Born into a royal family at Antia Afaha Obo in Ukanafun Local Government Area 51 years ago, Uwah was married with three children.”

But an earlier report had it that Uwah slumped and died at the venue of a rally.