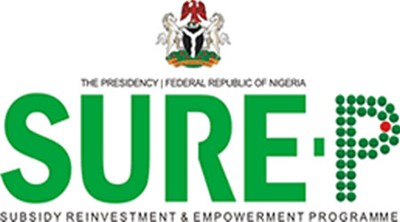 Share
Facebook Twitter LinkedIn Pinterest Email
Employees under the SURE-P programme on Monday dragged the Federal and Plateau State Governments before a National Industrial Court sitting in Jos over alleged unpaid N400 million in salaries and allowances.
The 159 employees, through their counsel, Philemon Dafi, alleged in an originating summon that sometimes in 2015 the defendants stopped the payment of their salaries and allowances without just cause, while they continued to work until the institution of the case before the Court.
Also joined in the suit are the National Primary Health Care Development Agency, State Ministries of Health and Local Government and Chieftaincy Affairs and 12 out of 17 Local governments.
The News Agency of Nigeria reports on Monday that the claimants included 71 Midwives, who were earning N40,000 as monthly take home, and 85 community extension workers earning N25,000 each month beside N5,000 accommodation allowances to all of them.
The counsel said the claimants’ salaries from June 2015 to October 2017 amounting to N148.95 million, with N85.2 million for the midwives and N63.75 million for the community extension workers.
They (employees) described the actions of the defendants as unjust, unlawful, illegal and unconstitutional and urged the court to compel them to pay them all their entitlements without any delay.
They also prayed the court to issue an order directing the defendants to pay them general damages of N100 million beside their total judgement sum with 10 per cent post judgment interest from the date of judgment until full satisfaction of judgment debt.
NAN reports that the case, which was scheduled to be heard Monday, could not hold because the trial Judge, Justice Amadi, was said to be away to Abuja for a meeting with the President of National Industrial Court of Nigeria.
A new date of February 1 was fixed and agreed to by all parties for hearing.
National Industrial Court Philemon Dafi Plateau State Government SURE-P
Share. Facebook Twitter Pinterest LinkedIn Tumblr Email